"FORMULA D" vs "GAME OF THE GOOSE" 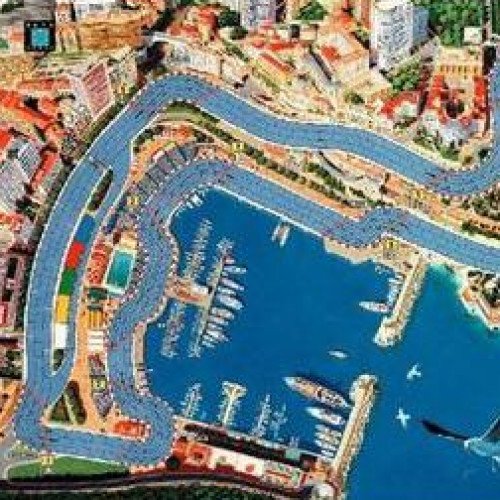 Formula D (originally published and still also known as Formula Dé) is a board game that recreates formula racing (F1, CART, IRL). It was designed by Eric Randall and Laurent Lavaur and was originally published by Ludodélire. The rights to the game passed to EuroGames (owned by Descartes Editeur) with the collapse of Ludodélire, and were in turn acquired by Asmodée Éditions. When Asmodée released their new edition, the game's name was shortened to Formula D and its rules updated to include street and import racing. The game is about automobile racing, formerly with an emphasis on Formula 1. The object of the game is to cross the finish line first and win the race. Races can be anywhere from one to three laps long. Formula D comes with a game board measuring 100 × 70 cm (39 × 28 inches), seven specialized dice, twenty plastic race cars, and ten "dashboard" indicators that track the cars current gear and condition throughout the one, two, or three lap races. The game has seven dice. There are six colored dice (d4, d6, d8, d12, d20, and d30) that are used to simulate specific gears, and a black d20 used for collisions, and other course events. Each of the dice represents a gear shift. The d4 is used for 1st gear, the d6 for 2nd gear and so on. Each die has a series of numbers representing the number of spaces the F1 cars move. The black die is a d20 and is not used to simulate gears, but is instead used for determining collisions, engine wear during fifth and sixth gears, pit stop speed, pole position, and whether or not at the beginning of the first lap you stalled, or had a flying start. If you are playing with the advanced rules, you can set up weather conditions with the black die. 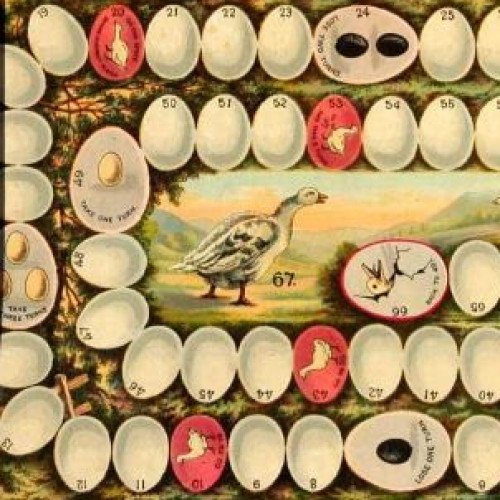 GAME OF THE GOOSE

The Game of the Goose or Goose game is a board game where two or more players move pieces around a track by rolling a die or two dice. The aim of the game is to reach square number sixty-three before any of the other players, while avoiding obstacles such as the Inn, the Bridge and Death. It is considered the prototype of many of the commercial European racing board games of later centuries. It attained great popularity in the 16th century. The game is mostly played in Europe and seen as family entertainment. Commercial versions of the game appeared in the 1880s and 1890s, and feature typical old European characteristics such as an old well and children in clothes from the period. The game's origins are uncertain. According to Adrien Seville, the earliest recorded mention to the game was in a book of sermons by the Dominican friar Gabriele da Barletta published in 1480. Some connect the game with the Phaistos Disc because of its spiral shape but, as Caroline Goodfellow notes, the two games "are unlikely to have been the same". A version of the game was given as a gift by Francesco I de' Medici of Florence to King Philip II of Spain sometime between 1574 and 1587. In June 1597 John Wolfe enters the game in the Stationers' Register, as "the newe and most pleasant game of the goose". In the 1960s, the game company CO-5 marketed a variant called Gooses Wild.