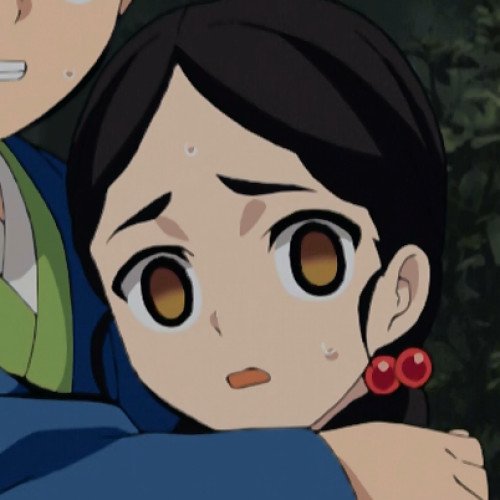 Teruko (てる子こ?) is a young girl, accompanied by her brother Shoichi, who approaches Tanjiro Kamado and Zenitsu Agatsuma to help save her older brother from the Drum House. Teruko has shoulder-length black hair parted back into two low pigtails tied with red bobble hair ties. Like her older brothers, she has amber/brown eyes with fair skin. Throughout her appearance, Teruko wears a pale-pink kimono and a purple obi with square patterns. Teruko lived with her two brothers, Kiyoshi and Shoichi along with their family. When out walking during the night with her brothers, Kiyoshi was kidnapped by Kyogai. Her and Shoichi followed the trail of blood left by Kiyoshi due to him sustaining a wound on his leg. They eventually ended up at the Tsuzumi Mansion where they waited in shock, unsure of what to do. 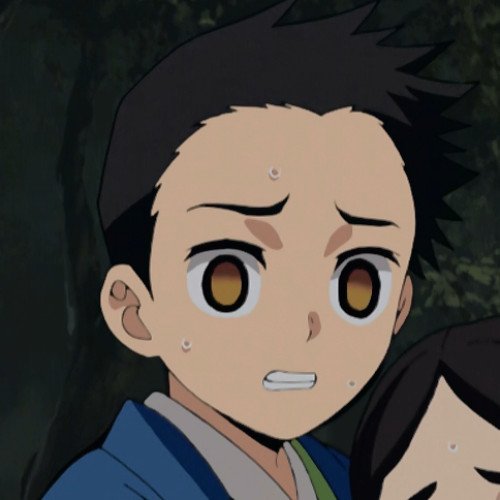 Shoichi (正しょう一いち Shōichi?) is a young boy saved by Tanjiro Kamado and Zenitsu Agatsuma when they approached him to help his older brother, Kiyoshi, escape from the Drum House. He also has a younger sister, Teruko. Shoichi is a young boy of around 8-10, with black hair and light brown eyes. He wears a blue haori over a light green tunic. While his personality is not fully elaborated on, one can assume he is a loyal brother as he decides to follow his older brother to rescue him after he was kidnapped by a demon. He has also shown a protective side while interacting with his younger sister. It can be surmised that Shoichi is braver than average, as he decides to follow the two Demon Slayers, Tanjiro and Zenitsu, into the Drum House. Even when separated from the others with Zenitsu, he shows more courage than the Thunder Breath user.