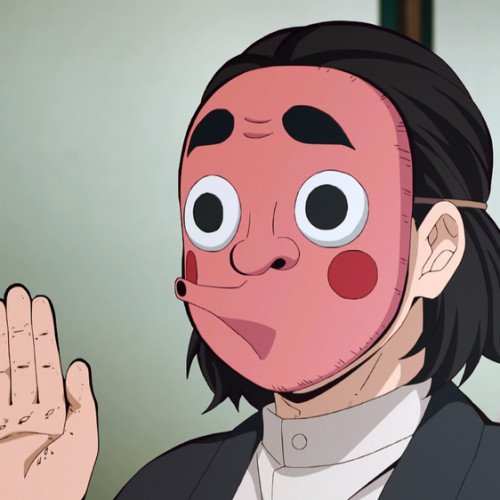 Kozo Kanamori (鉄か穴な森もり鋼こう蔵ぞう Kanamori Kōzō?) is a swordsmith affiliated with the Demon Slayer Corps. Kozo is a man of average height and build with chin-length black hair that spikes near the ends. His hands are covered in visible blisters and he wears a Hyottoko mask over his face. Kozo is usually seen wearing a long, pale robe with a black haori. Kozo appears as a gentle, soft-spoken individual. He is capable of understanding the hot-blooded Hotaru Haganezuka and cares for others very much as seen when he continues to protect Hotaru against an attack from Upper Rank 5, Gyokko, despite being critically injured.[2] However, when it comes to his swords, Kozo is very passionate. When Inosuke Hashibira purposefully chips the dual blades he received from him, the swordsmith is furious and berates him. 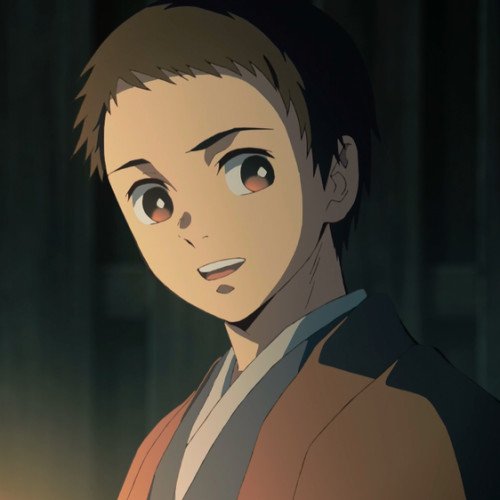 Kazumi (和かず巳み Kazumi?) is a villager. His fiancée, Satoko, was kidnapped and eaten by the Swamp Demon. Kazumi is a young man with dark-brown hair and brown eyes with white pupils. He wears a dull, blue kimono with a dark sash and light-brown haori. Kazumi is seen walking together with his fiancée, Satoko, when she suddenly disappears.[1] During the next day, while Kazumi is walking with a dejected expression in town after a fight with Satoko's parents, Tanjiro Kamado approaches him and asks for specifics on his situation. Kazumi shows Tanjiro the place Satoko disappeared, thinking he wouldn't be believed. However, Tanjiro ensures him that he does believe his word.[2] As Tanjiro picks up the scent of the demon and runs after it, Kazumi follows, surprised with Tanjiro's physical abilities. Tanjiro manages to save Tokie from the demon and entrusts her to Kazumi.[3] After Tanjiro has a brief scuffle with the demon, Kazumi demands the demon to return Satoko. The demon shows his collection of hairpins from girls he had eaten and Kazumi recognizes Satoko's hairpin, realizing with despair that she was devoured.