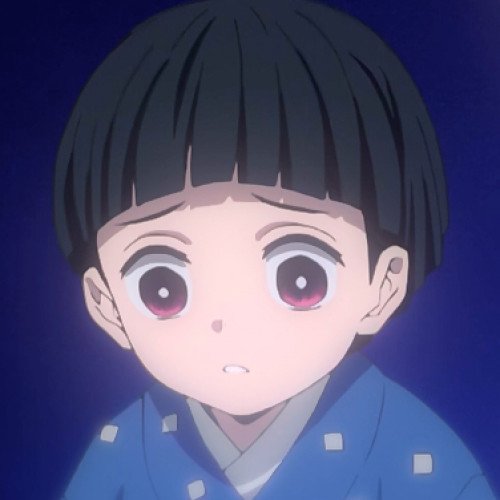 Rokuta Kamado (竈門かまど 六ろく太た Kamado Rokuta?) was the youngest brother of Tanjiro Kamado. He was killed by Muzan Kibutsuji. Like the rest of his family, Rokuta has light skin and dark red eyes along with white pupils. He wears his black hair in a bowl-cut and wears a blue kimono with white diamond patterns. While not much of his personality is known, Rokuta seems to have a good relationship with his parents and siblings. Rokuta grew up on a mountain alongside his older siblings and mother. He is the youngest son of the Kamado family. It appears that Rokuta had a positive relationship with his father as Nezuko mentioned him to be lonely and clingy to Tanjiro after their father's death. 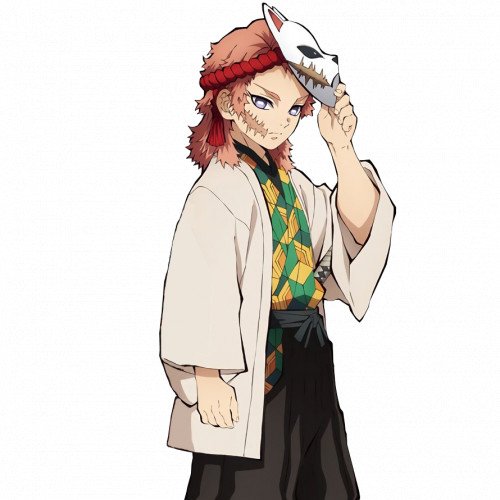 Sabito (錆さび兎と Sabito?) was a former apprentice of Sakonji Urokodaki. He appeared to assist Tanjiro Kamado in his preparations for the Final Selection exam. Sabito was a fair-skinned young man with a large scar running from the right corner of his mouth to his right ear, and kind, cat-like eyes of a grayish lavender color, a horizontal bar of much paler purple visible across them near the bottom. He had thick, spiked, peach-colored hair of varying lengths, the longest reaching his shoulders, that he wore messily down with side micro bangs over the left of his forehead. Sabito wore a green yukata, patterned with a geometric hexagon design of yellow and a darker green, tied off at the waist with a piece of black fabric, below which he sported a pair of hakama pants and over which a plain white haori. Around his calves, he wore two pieces of cloth, that bore the same design as his yukata, which his pants were tucked into, as well as black socks and a pair of Japanese sandals on his feet. As with the rest of Sakonji Urokodaki's apprentices, Sabito's white warding mask, hand-carved by his master himself, took the shape of a fox's face, his decorated by a large scar in the same place as the one on his face. The mask's eyes and nose were of a dark green while the ears were more of a gray-red, and it was secured around his face by a thick piece of red rope around his head, the ends of which hung down from behind each of his ears.