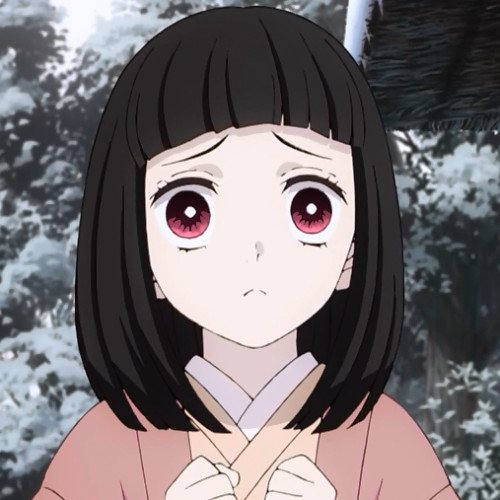 Hanako Kamado (竈門かまど 花はな子こ Kamado Hanako?) was Tanjiro Kamado's youngest sister who was killed by Muzan Kibutsuji. Hanako is a young girl with black, shoulder-length hair and a fringe above her eyebrows. She has large, dark red eyes with white pupils and pale skin like the rest of her family. Hanako also wears a peach kimono tied with a brown obi and a pink kimono jacket. Hanako loves her oldest brother and sometimes likes to seek attention from him. Like her other siblings, she was upset about not being able to go with her brother to the village. Hanako grew up on a mountain alongside her siblings and mother. She is the youngest daughter of the Kamado family. 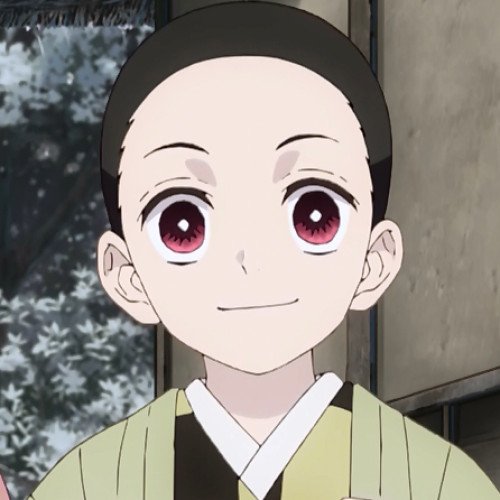 Shigeru Kamado (竈門かまど 茂しげる Kamado Shigeru?) is Tanjiro Kamado's second youngest brother. He was killed by Muzan Kibutsuji. Shigeru is young boy with light complexion and dark red eyes with white pupils, just like the rest of his family. His black hair is worn as a buzz cut. Shigeru wears a light green and black patterned kimono with a light green kimono jacket over it. Shigeru appears to be very fond of his brother, Tanjiro Kamado, wanting to follow him wherever he goes and do whatever he does. Like his siblings, he is upset when Tanjiro and his mother tells him he cannot go to town with him. Shigeru grew up on a mountain alongside his siblings and mother. He is the second youngest son of the Kamado family.