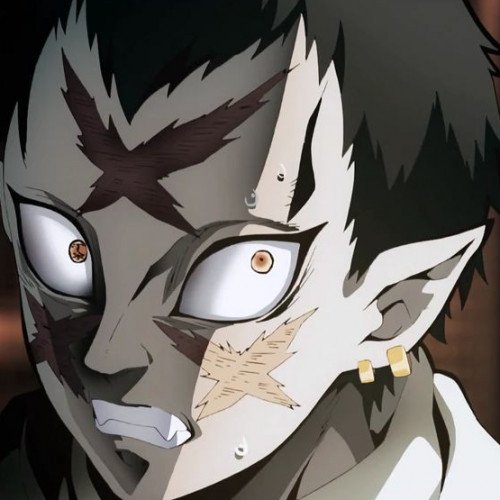 Wakuraba (病わくら葉ば Wakuraba?) was a member of the Twelve Kizuki, having held the position of Lower Rank Three (下か弦げんの参さん Kagen no San?). Wakuraba was a man of average stature who had pale, grayish-white skin, with what appeared to be three large, cross-shaped scars cut into his cheeks and the center of his forehead and noticeably elf-like, pointed ears. His eyes were wide and sharp with orange irises, the kanji for "Three" etched into his left, as well as short, black hair and a widow's peak. Wakuraba wore a dotted, bamboo-colored yukata with a pinstripe pattern, a piece of dark cloth around his waist, and a lighter one around his neck, as well as two golden hoop earrings on each ear and a pair of wooden sandals with black straps. 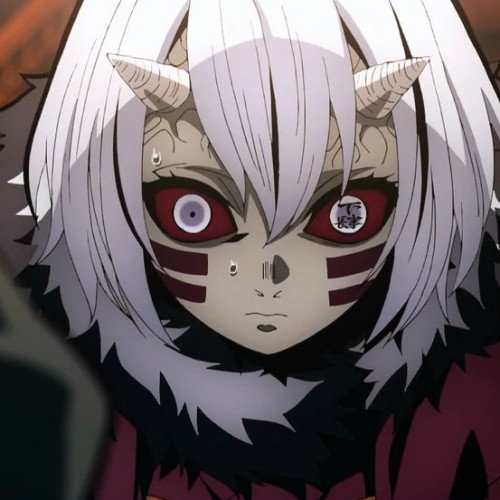 Mukago (零む余か子ご Mukago?) was a member of the Twelve Kizuki, having held the position of Lower Rank Four (下か弦げんの肆し Kagen no Shi?). Mukago appeared to have sickly, yellowish skin, two dark red stripes across her cheeks, and a pair of white horns protruding from either side of her forehead. Her eyes were gray with white rings around the sides and dark red sclera with the kanji for "Four" carved over her left iris, framed by a set of notably long eyelashes. She also possessed chin-length white hair with shorter bangs between her horns. Mukago wore a plain red kimono with a black-and-white fur-lined collar tied up at the back with a large, dark purple bow. Little is known about Mukago's strength and abilities as a Demon, but it is assumed that she must have been much stronger than an average Demon and superior in power to Rui and Kamanue, as she was given a higher Lower Rank position than them.