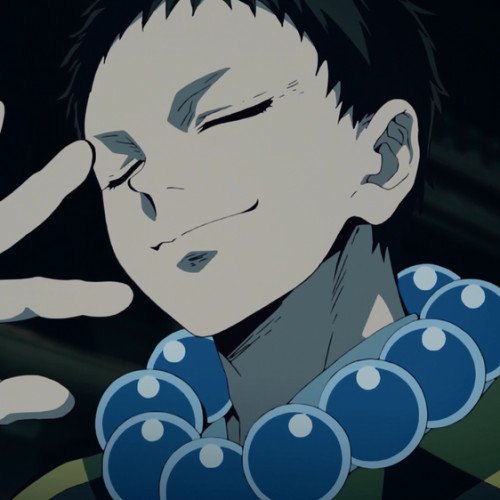 Yahaba (矢や琶は羽ば Yahaba?), also known as the Arrow Demon (矢や鬼おに Ya oni?), was a Demon who aspired to join Muzan Kibutsuji's Twelve Kizuki. Yabaha was a young man of an average build with pale, gray-tinted skin and very short black hair. He had red, cat-like eyes that he normally kept shut, as well as another pair of pale-ringed orange eyes on the palms of his hands, a red upward-pointing arrow marked on each of the irises and the sclera a of glowing dark green color. Yabaha wore a plain olive-green yukata with a brown sash and a dark gray haori, decorated by a strip of green that ran down his arms from his shoulders to his wrists. He also sported white socks and a pair of brown, black-laced sandals, along with a necklace of large blue pearls. 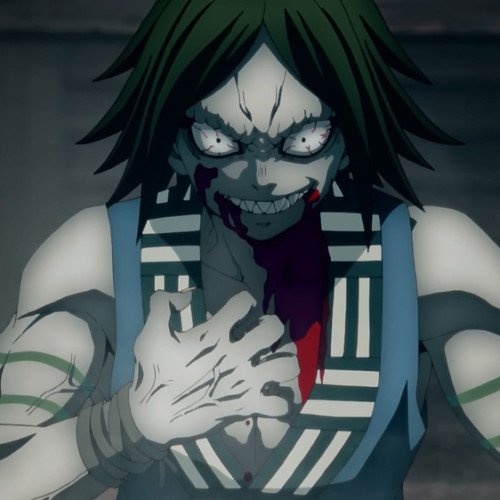 The Temple Demon (お堂の鬼 Odō no oni?) was the first Demon Tanjiro Kamado encountered. The Temple Demon was a muscular Demon of average height. He had pale, ash-gray skin with two green marks around both of his upper arms and legs and shoulder-length, spiky dark-green hair parted at the middle of his forehead. He also possessed prominent fangs and sharp nails, attributes common to Demons. The Temple Demon was seen wearing a sleeveless, blue tunic with a dark-turquoise-and-white pattern outlining his exposed chest. He wore pale colored bracelets around his wrists and ankles. After getting his head kicked off by Nezuko Kamado, the Demon grew two muscular arms out of the sides of his head.