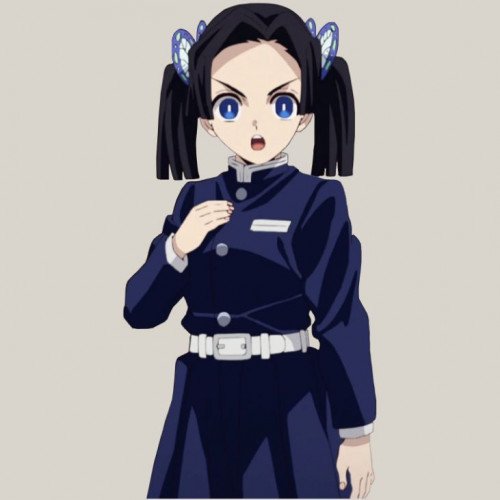 Aoi Kanzaki (神かん崎ざき アオイ Kanzaki Aoi?) is a Demon Slayer, although she works as a helper at the Butterfly Mansion rather than taking to the front lines. Aoi has deep blue eyes that fade to a lighter blue at the bottom, along with white rectangular pupils, straight black hair with a parted fringe, and twin-tails. She wears two blue butterfly clips to keep her twin-tails in place. Aoi wears the standard Demon Slayer uniform with the addition of a white nurse dress on top of it. Her uniform is tinted slightly blue. She is often seen with a frown. As Aoi trained Tanjiro Kamado, Zenitsu Agatsuma and Inosuke Hashibira, she is very tough on them and often pushes them to their limits. She has a firm personality, unlike her colleagues at the Butterfly Mansion. Aoi's personality is somewhat similar to that of the young Shinobu Kocho, volatile and open. She often appears angry, generally displaying how she feels very clearly. However, she does occasionally express more tender emotions such as declaring her enjoyment of the time spent with the trio when they were at the Mansion,[3] looking openly surprised at Tanjiro's reassurance towards her,[4] and bursting into tears when discussing Inosuke's serious injuries.[5] Despite her somewhat gruff demeanor, she is internally kind and caring, doing her best to help the hunters that come to the Mansion. 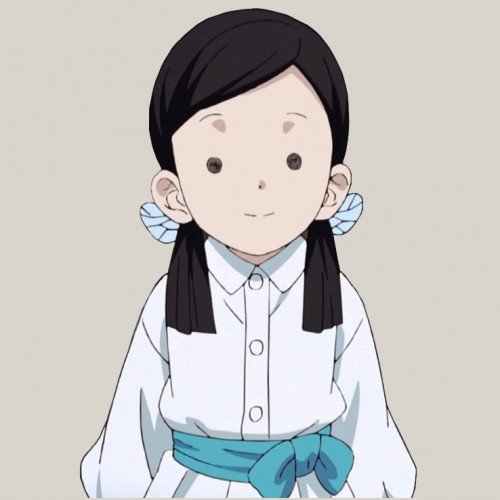 Sumi Nakahara (中なか原はら すみ Nakahara Sumi?) is a servant of the Butterfly Mansion. Sumi has light skin and a set of black, button-like eyes. She wears her hair in low twintails fastened with blue butterfly clips. She sports a long-sleeved nurse uniform tied with a blue ribbon around her waist and wears white socks and shoes. Like the other members of the trio, she is very bright cheery and helpful. After her family had been killed by Demons, Sumi was taken in by the Butterfly Mansion.