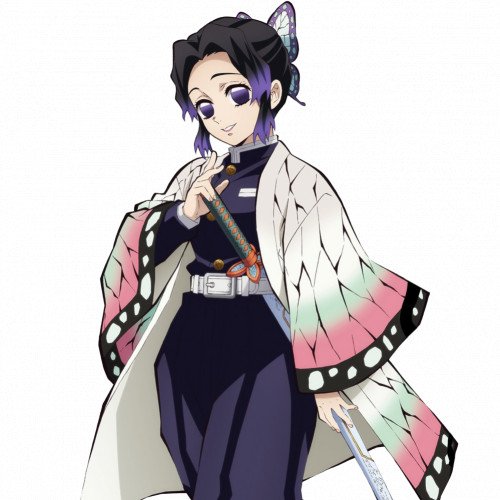 Shinobu Kocho (胡こ蝶ちょう しのぶ Kochō Shinobu?) is a major supporting character of Demon Slayer: Kimetsu no Yaiba. She is a Demon Slayer of the Demon Slayer Corps and the Insect Hashira (蟲むし柱ばしら Mushi Bashira?).[2][3] When Shinobu was a child, she lived a happy life with her family, including her older sister, Kanae Kocho. One day, a Demon attacked their home and killed her parents, but she was saved by Gyomei Himejima and promised to join the Demon Slayer Corps to protect others from ever suffering the same fate as them. 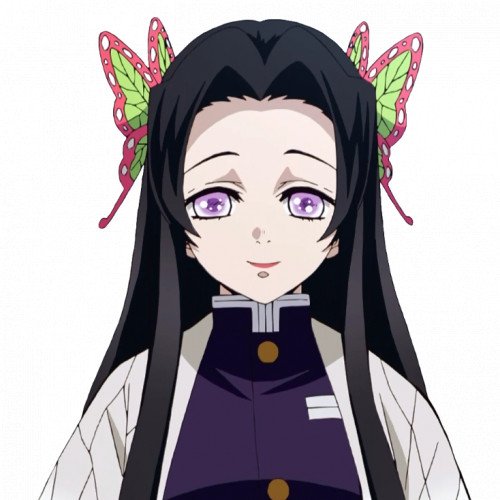 Kanae Kocho (胡こ蝶ちょう カナエ Kochō Kanae?) was a Demon Slayer and the late Flower Hashira (花はな柱ばしら Hana Bashira?). She was slain several years prior to the present story. She is also the biological older sister of Shinobu Kocho and the adoptive older sister of Kanao Tsuyuri. Kanae was a girl of a slender build, much like her younger sister, who was rather tall for her age and had notably red lips in contrast to her pale complexion. She had long, straight, black hair that reached just below her waist, worn down with two shorter clumps over her shoulders, and arched, ear-length bangs on either side of her face. Her eyes were a pale violet and slanted towards the sides of her face, bright and bug-like, with many notable white sparkles reflecting light off of them. Kanae wore a purple-tinted version of the standard Demon Slayer uniform, as well as a piece of butterfly patterned fabric around her calves and zōri with pale straps. She also sported a pair of green and pink butterfly hairpins that she wore adorned on either side of her head - one of which was later used by her adoptive younger sister, Kanao Tsuyuri, as a memento. She also wore the white, light green and pink butterfly-patterned haori that Shinobu Kocho now wears in the present.