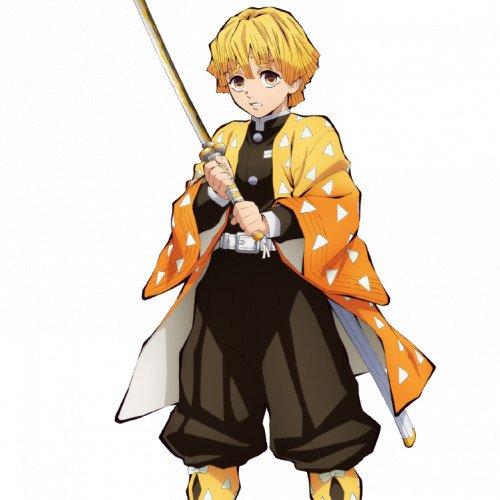 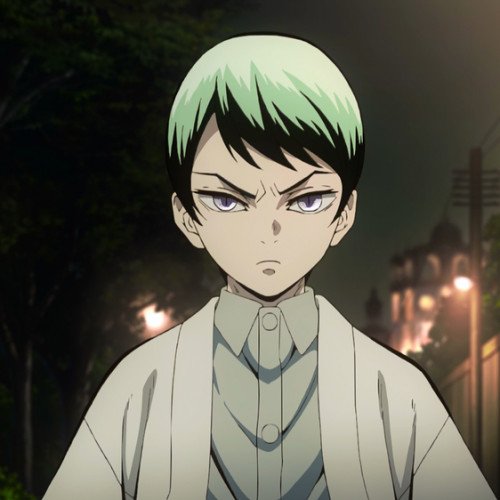 Yushiro (愈ゆ史し郎ろう Yushirō?) is the traveling companion of Tamayo and a close ally of Tanjiro Kamado. He was turned into a Demon by Tamayo. Yushiro has the appearance of a young boy with pale skin and bright lavender purple eyes. He has short hair that is neatly styled and vertically shaded from a dull green to black. Yushiro wears a button-up shirt under an all-white kimono and dark blue pants. Yushiro was a human who was under the care of Tamayo as she was practicing as a medical practitioner. He was in frail state fighting a disease when Tamayo gave him the choice of succumbing to his illness or to live longer as a Demon. He agreed to become a Demon and has since stayed by Tamayo's side serving as an assistant as well as her guard.