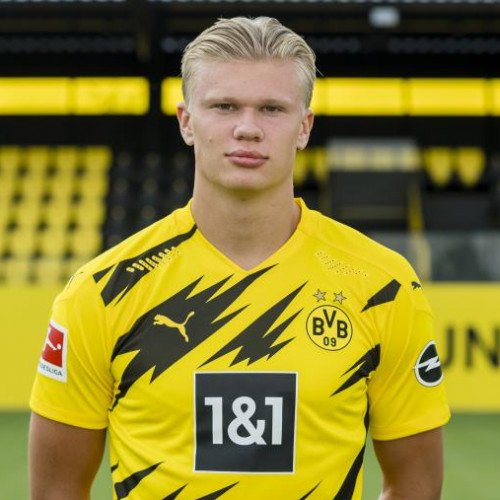 Erling Braut Haaland (né Håland, [ˈhòːlɑn]; born 21 July 2000) is a Norwegian professional footballer who plays as a striker for German Bundesliga club Borussia Dortmund and the Norway national team. A prolific goalscorer, he is recognised for his pace, athleticism, strength and precise off-the-ball movement, and he has been heralded as one of the best young footballers in the world.Haaland started his career at his hometown club Bryne in 2016, and moved to Molde the next year where he spent two years, before signing with Austrian club Red Bull Salzburg in January 2019. With Salzburg, he won the Austrian Bundesliga and Austrian Cup. In the 2019–20 UEFA Champions League, he became the first teenager to score in five consecutive UEFA Champions League matches. In December 2019, Haaland completed a transfer to Borussia Dortmund for a fee reported to be in the region of €20 million. He carried on his goal-scoring success in the 2019–20 Champions League campaign, becoming the second teenager to score 10 goals in the competition. After the 2019 FIFA U-20 World Cup, in which he won the Golden Boot where he scored nine goals in a match, another record, Haaland made his debut for the Norway senior team in September 2019. 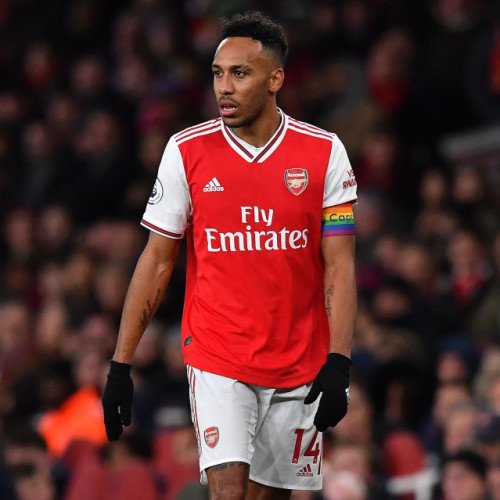 Pierre-Emerick Emiliano François Aubameyang (born 18 June 1989) is a professional footballer who plays as a forward and is the captain of both Premier League club Arsenal and the Gabon national team. Considered to be one of the best attackers in the world, Aubameyang is renowned for his pace, finishing, and off-ball movement.The son of former Gabonese international Pierre Aubameyang, Aubameyang began his senior club career playing for Italian club Milan, but never appeared for the club as he went on a series of loan spells in France. He moved to Saint-Étienne in 2011. There, he won a Coupe de la Ligue title and joined Borussia Dortmund in 2013. In Germany, Aubameyang finished as the league's top goalscorer in the 2016–17 season and won a DFB-Pokal. He also ranks as the club's sixth highest all-time goalscorer. Aubameyang ranks as Gabon's all-time top goalscorer. He made his senior debut for the national team in 2009 aged 19, and appeared in three Africa Cup of Nations tournaments, as well as the 2012 Summer Olympics. For his performances at the 2015 Africa Cup of Nations, Aubameyang was named African Footballer of the Year, becoming the first Gabonese player, and second-European born player, to win the award.