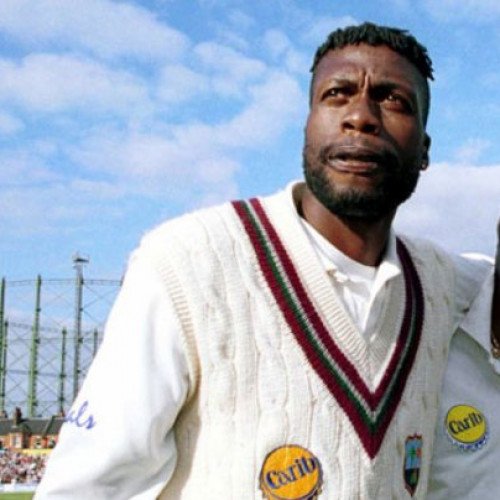 Sir Curtly Elconn Lynwall Ambrose, KCN (born 21 September 1963) is a former cricketer from Antigua who played 98 Test matches for the West Indies. Widely acknowledged as one of the greatest fast bowlers of all time, he took 405 Test wickets at an average of 20.99 and topped the ICC Player Rankings for much of his career to be rated the best bowler in the world. His great height—he is 6 feet 8 inches (2.03 m) tall—allowed him to make the ball bounce unusually high after he delivered it; allied to his pace and accuracy, it made him a very difficult bowler for batsmen to face. A man of few words during his career, he was notoriously reluctant to speak to journalists. He was chosen as one of the Wisden Cricketers of the Year in 1992; after he retired he was entered into the International Cricket Council Hall of Fame and selected as one of West Indies all-time XI by a panel of experts. 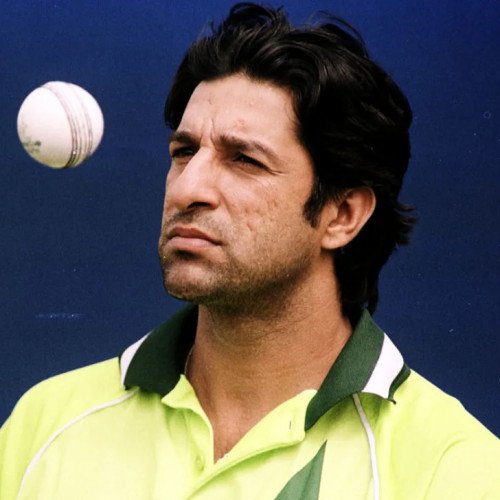 Wasim Akram (born 3 June 1966) is a Pakistani cricket commentator, coach and former cricketer, captain of Pakistan national cricket team. He is widely acknowledged as one of the greatest bowlers of all time. He is also known as "Sultan of Swing" A left-arm fast bowler who could bowl with significant pace, he represented the Pakistan cricket team in Test cricket and One Day International (ODI) matches. In October 2013, Wasim Akram was the only Pakistani cricketer to be named in an all-time Test World XI to mark the 150th anniversary of Wisden Cricketers' Almanack.Wasim, regarded as one of the greatest fast bowlers in the history of game, and perhaps the finest of all left-arm fast bowlers, holds the world record for most wickets in List A cricket, with 881, and he is second only to Sri Lankan off-spin bowler Muttiah Muralitharan in terms of ODI wickets, with 502 in total.