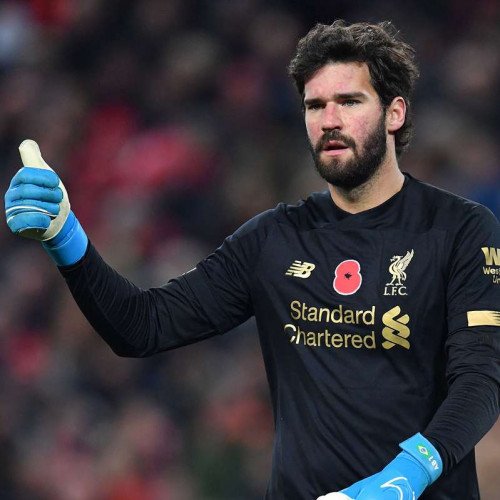 Alisson Ramses Becker (Brazilian Portuguese: [ˈalisõ ˈbɛkeɾ], born 2 October 1992), commonly known as Alisson, is a Brazilian professional footballer who plays as a goalkeeper for Premier League club Liverpool and the Brazil national team. In 2019 he was named The Best FIFA Goalkeeper and was also the recipient of the inaugural Yashin Trophy. He is considered to be one of the world's best goalkeepers.Alisson began his career at Internacional, where he made over 100 appearances and won the Campeonato Gaúcho in each of his four seasons at the club. In 2016, he completed a €7.5 million transfer to Roma where he initially served as understudy to Wojciech Szczęsny before breaking into the starting line-up. In July 2018, Alisson signed for Liverpool for an initial fee of €62.5 million (£56m), which could rise to €72 million (£66.8 million); a world record fee for a goalkeeper at the time. In his first season at the club he received the Premier League Golden Glove for most clean sheets in the league (21), and kept another clean sheet in the UEFA Champions League Final to help Liverpool win their sixth European Cup. The following season he kept a clean sheet in the final of the FIFA Club World Cup as the team won in extra time to clinch the trophy. He also played an integral part in Liverpool's 2019–20 Premier League title-winning effort, which ended the club's 30-year league title drought. Alisson represented Brazil at various youth levels before making his senior international debut in 2015 whereafter he represented the nation at the Copa América Centenario in 2016, the 2018 FIFA World Cup, and the 2019 Copa América, winning the latter tournament, while also being named the best goalkeeper. 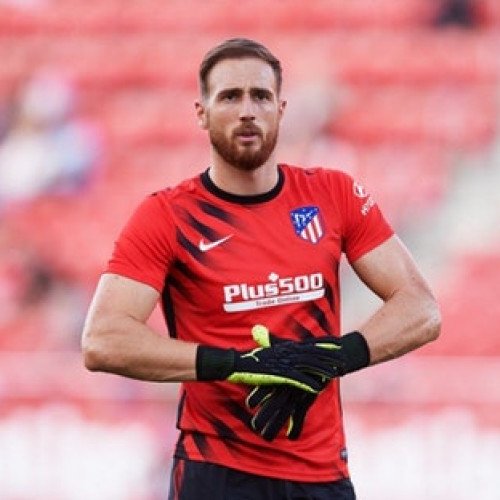 Jan Oblak (born 7 January 1993) is a Slovenian professional footballer who plays as a goalkeeper for Spanish club Atlético Madrid and the Slovenia national team. He is considered as one of the best goalkeepers in the world.Oblak signed for Portuguese club Benfica at the age of 17, and was part of the team that won the domestic treble in the 2013–14 season. He then moved to Atlético Madrid for a fee of €16 million, becoming La Liga's most expensive goalkeeper at that time. In 2015–16 he won the Ricardo Zamora Trophy for best goalkeeper, conceding an all-time record low of 18 goals. He won the award again in the following three seasons. Oblak was also nominated for the 2017 and 2018 Ballon d'Or awards, following his consistent performances with his club.With over 250 appearances for Atlético Madrid, Oblak has won three trophies with the club, including the 2018 UEFA Super Cup by defeating city rivals Real Madrid.Oblak made his senior international debut for Slovenia in 2012.