The future of United States : Biden vs Trump 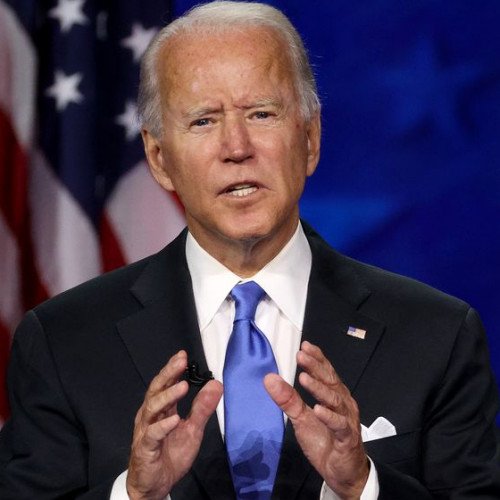 Joseph Robinette Biden Jr. ( BY-dən; born November 20, 1942) is an American politician who served as the 47th vice president of the United States in the Obama administration from 2009 to 2017. A member of the Democratic Party, he served as United States Senator for Delaware from 1973 to 2009. He is the Democratic presidential nominee for the 2020 election, running against the incumbent, Donald Trump. Raised in Scranton, Pennsylvania, and New Castle County, Delaware, Biden studied at the University of Delaware before earning his law degree from Syracuse University in 1968. He was elected a New Castle County Councillor in 1970, and became the sixth-youngest senator in American history when he was elected to the U.S. Senate from Delaware in 1972. Biden was a longtime member of the Senate Foreign Relations Committee, and eventually its chairman. He opposed the Gulf War in 1991, but supported expanding the NATO alliance into Eastern Europe and its intervention in the Yugoslav Wars of the 1990s. He supported the resolution authorizing the Iraq War in 2002, but opposed the surge of U.S. troops in 2007. He also chaired the Senate Judiciary Committee from 1987 to 1995, dealing with drug policy, crime prevention, and civil liberties issues; he led the effort to pass the Violent Crime Control and Law Enforcement Act and the Violence Against Women Act, and oversaw six U.S. Supreme Court confirmation hearings, including the contentious hearings for Robert Bork and Clarence Thomas. He ran unsuccessfully for the Democratic presidential nomination in 1988 and again in 2008. Biden was reelected to the Senate six times, and was the fourth-most senior senator when he resigned to serve as Barack Obama's vice president after they won the 2008 presidential election; Obama and Biden were reelected in 2012. As vice president, Biden oversaw infrastructure spending in 2009 to counteract the Great Recession. His negotiations with congressional Republicans helped pass legislation including the 2010 Tax Relief Act, which resolved a taxation deadlock; the Budget Control Act of 2011, which resolved a debt ceiling crisis; and the American Taxpayer Relief Act of 2012, which addressed the impending "fiscal cliff". He also led efforts to pass the United States–Russia New START treaty, supported military intervention in Libya, and helped formulate U.S. policy toward Iraq through the withdrawal of U.S. troops in 2011. Following the Sandy Hook Elementary School shooting he led the Gun Violence Task Force. Biden did not seek the presidency in the 2016 election. In January 2017, Obama awarded Biden the Presidential Medal of Freedom with distinction. In April 2019, he announced his candidacy in the 2020 presidential election, and in June 2020 he reached the delegate threshold needed to secure the Democratic nomination. On August 11, he announced he had selected Senator Kamala Harris of California as his running mate. 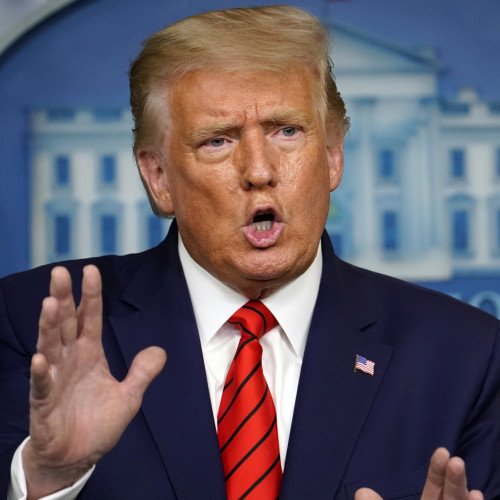 Donald John Trump (born June 14, 1946) is the 45th and current president of the United States. Before entering politics, he was a businessman and television personality. Born and raised in Queens, New York City, Trump attended Fordham University for two years and received a bachelor's degree in economics from the Wharton School of the University of Pennsylvania. He became president of his father's real estate business in 1971, renamed it The Trump Organization, and expanded its operations to building or renovating skyscrapers, hotels, casinos, and golf courses. Trump later started various side ventures, mostly by licensing his name. Trump and his businesses have been involved in more than 4,000 state and federal legal actions, including six bankruptcies. He owned the Miss Universe brand of beauty pageants from 1996 to 2015, and produced and hosted the reality television series The Apprentice from 2003 to 2015. Trump's political positions have been described as populist, protectionist, isolationist, and nationalist. He entered the 2016 presidential race as a Republican and was elected in a surprise electoral college victory over Democratic nominee Hillary Clinton while losing the popular vote. He became the oldest first-term U.S. president and the first without prior military or government service. His election and policies have sparked numerous protests. Trump has made many false or misleading statements during his campaign and presidency. The statements have been documented by fact-checkers, and the media have widely described the phenomenon as unprecedented in American politics. Many of his comments and actions have been characterized as racially charged or racist. During his presidency, Trump ordered a travel ban on citizens from several Muslim-majority countries, citing security concerns; after legal challenges, the Supreme Court upheld the policy's third revision. He enacted a tax-cut package for individuals and businesses, rescinding the individual health insurance mandate penalty of the Affordable Care Act, but has failed to repeal and replace the ACA as a whole. He appointed Neil Gorsuch, Brett Kavanaugh and Amy Coney Barrett to the Supreme Court. In foreign policy, Trump has pursued an America First agenda, withdrawing the U.S. from the Trans-Pacific Partnership trade negotiations, the Paris Agreement on climate change, and the Iran nuclear deal. He imposed import tariffs which triggered a trade war with China, moved the U.S. embassy in Israel to Jerusalem and withdrew U.S. troops from northern Syria. Trump met three times with North Korean leader Kim Jong-un, but talks on denuclearization broke down in 2019. Trump reacted slowly to the COVID-19 pandemic; he minimized the threat, ignored or contradicted many recommendations from health officials, and promoted false information about unproven treatments and the availability of testing. A special counsel investigation led by Robert Mueller found that Trump and his campaign welcomed and encouraged Russian interference in the 2016 presidential election under the belief that it would be politically advantageous, but did not find sufficient evidence to press charges of criminal conspiracy or coordination with Russia. Mueller also investigated Trump for obstruction of justice, and his report neither indicted nor exonerated Trump on that offense. After Trump solicited Ukraine to investigate his political rival Joe Biden, the House of Representatives impeached him in December 2019 for abuse of power and obstruction of Congress. The Senate acquitted him of both charges in February 2020.