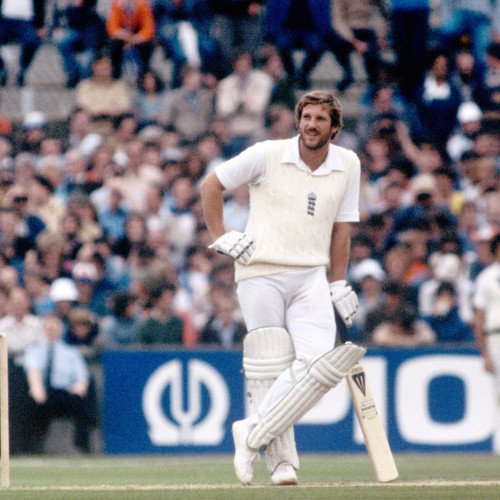 Ian Terence Botham, Baron Botham, (born 24 November 1955) is an English cricket commentator, member of the House of Lords and a former cricketer who has been chairman of Durham County Cricket Club since 2017. Widely regarded as one of the greatest all-rounders in cricket history, Botham represented England in both Test and One-Day International cricket. He played most of his first-class cricket for Somerset, and also for Worcestershire, Durham and Queensland. He was an aggressive right-handed batsman and, as a right arm fast-medium bowler, was noted for his swing bowling. He generally fielded close to the wicket, predominantly in the slips. In Test cricket, Botham scored 14 centuries with a highest score of 208, and from 1986 to 1988, he held the world record for the most Test wickets until overtaken by fellow all-rounder Sir Richard Hadlee. He took five wickets in an innings 27 times and 10 wickets in a match four times. In 1980, he became the second player in Test history to complete the "match double" of scoring 100 runs and taking 10 wickets in the same match. 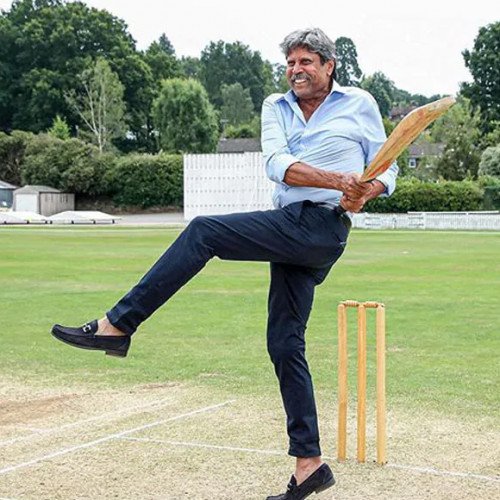 Kapil Dev Nikhanj (born 6 January 1959) is a former Indian cricketer. He was a fast bowler and a hard hitting middle order batsman. Regarded as one of the greatest all-rounders to play the game, he is also regarded as one of the greatest captains in the history of cricket. He was named by Wisden as the Indian Cricketer of the Century in 2002.Dev captained the Indian cricket team that won the 1983 Cricket World Cup. He was India's national cricket coach between October 1999 and August 2000. He retired in 1994, holding the world record for the greatest number of wickets taken in Test cricket, a record subsequently broken by Courtney Walsh in 2000. At the time, he was also India's highest wicket-taker in both major forms of cricket, Tests and ODIs. He is the first player to take 200 ODI wickets. He is the only player in the history of cricket to have taken more than 400 wickets (434 wickets) and scored more than 5000 runs in Tests, making him one of the greatest all-rounders to have played the game. On 11 March 2010, Dev was inducted into the ICC Cricket Hall of Fame.