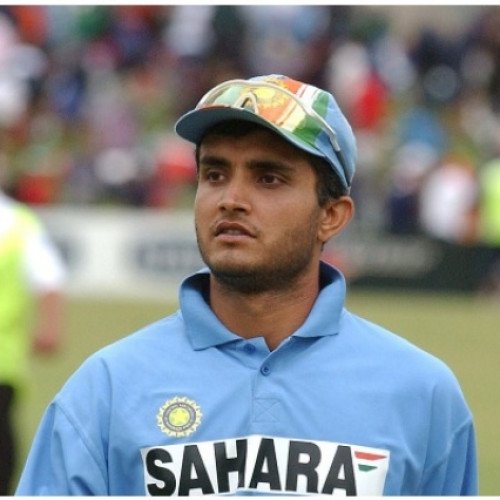 Sourav Chandidas Ganguly ( (listen); born 8 July 1972), affectionately known as Dada (meaning "elder brother" in Bengali), is an Indian cricket administrator, commentator and former national cricket team captain who is the 39th and current president of the Board of Control for Cricket in India. During his playing career, Ganguly established himself as one of the world's leading batsmen and also one of the most successful captains of the Indian national cricket team. While batting, he was especially prolific through the off side, earning himself the nickname God of the Off Side for his elegant stroke play square of the wicket and through the covers.As a cricketer he played as a left-handed opening batsman and was captain of the Indian national team. He was elected as a president of the BCCI in 2019. and President of the Editorial Board with Wisden India. Before being elected as the President of BCCI, he was the President of Cricket Association of Bengal, governing body for cricket in West Bengal, India. Ganguly was introduced into the world of cricket by his elder brother, Snehasish. He started his career by playing in state and school teams. After playing in different Indian domestic tournaments, such as the Ranji and Duleep trophies, Ganguly got his big-break while playing for India on their tour of England. He scored 131 runs and cemented his place in the Indian team. Ganguly's place in the team was assured after successful performances in series against Sri Lanka, Pakistan and Australia, winning the Man of the Match awards. In the 1999 Cricket World Cup, he was involved in a partnership of 318 runs with Rahul Dravid, which remains the highest overall partnership score in the World Cup tournament history. Due to the match-fixing scandals in 2000 by other players of the team, and for his poor health, Indian captain Sachin Tendulkar resigned his position, and Ganguly was made the captain of the Indian cricket team. He was soon the subject of media criticism after an unsuccessful stint for county side Durham and for taking off his shirt in the final of the 2002 NatWest Series. He led India into the 2003 World Cup final, where they were defeated by Australia. Due to a decrease in individual performance, he was dropped from the team in the following year. He returned to the National team in 2006, and made successful batting displays. Around this time, he became involved in a dispute with Indian team coach Greg Chappell over several misunderstandings. Ganguly was again dropped from the team, however he was selected to play in the 2007 Cricket World Cup. He is regarded as one of India's most successful captains in modern times, and one of the greatest ODI batsmen of all time. Currently, he is the 8th highest run scorer in One Day Internationals (ODIs) and was the 3rd batsman in history to cross the 10,000 run landmark, after Sachin Tendulkar and Inzamam Ul Haq. In 2002, the Wisden Cricketers' Almanack ranked him the sixth greatest ODI batsman of all time, next to Viv Richards, Sachin Tendulkar, Brian Lara, Dean Jones and Michael Bevan.Ganguly joined the Kolkata Knight Riders team as captain for the Indian Premier League Twenty20 cricket tournament in 2008. The same year, after a home Test series against Australia, he announced his retirement from international cricket. He continued to play for the Bengal team and was appointed the chairman of the Cricket Association of Bengal's Cricket Development Committee. The left-handed Ganguly was a prolific One Day International (ODI) batsman, with over 11,000 ODI runs to his credit. He is one of the most successful Indian Test captains to date, winning 21 out of 49 test matches. Sourav Ganguly is the most successful Indian test captain overseas with 11 wins. The Indian team was ranked eighth in the ICC rankings before he became the captain, and under his tenure the team rank went up to second. An aggressive captain, Ganguly is credited with having nurtured the careers of many young players who played under him, and transforming the Indian team into an aggressive fighting unit. Along with Harshavardhan Neotia, Sanjiv Goenka, and Utsav Parekh, Ganguly is also the co-owner of Atlético de Kolkata, a franchise of the Indian Super League, which won the inaugural season in 2014.Ganguly was awarded the Padma Shri in 2004, one of India's highest civilian awards. Ganguly was awarded with the Banga Bibhushan Award from the Government of West Bengal on 20 May 2013.Ganguly is currently a part of the Supreme Court of India appointed Justice Mudgal Committee probe panel for the IPL Spot fixing and betting scandal's investigations. 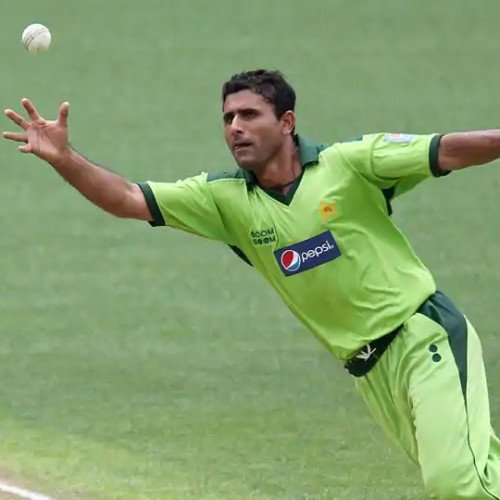 Abdul Razzaq (born 2 December 1979) is a Pakistani cricket coach and former cricketer, who played all formats of the game. He is a right arm fast-medium bowler and a right-handed batsman, who emerged in international cricket in 1996 with his One Day International debut against Zimbabwe at his home ground in Gaddafi Stadium, Lahore; just one month before his seventeenth birthday. He was the part of the Pakistan Cricket Team squad that won the ICC World Twenty20 2009. He played 265 ODIs and 46 Tests.