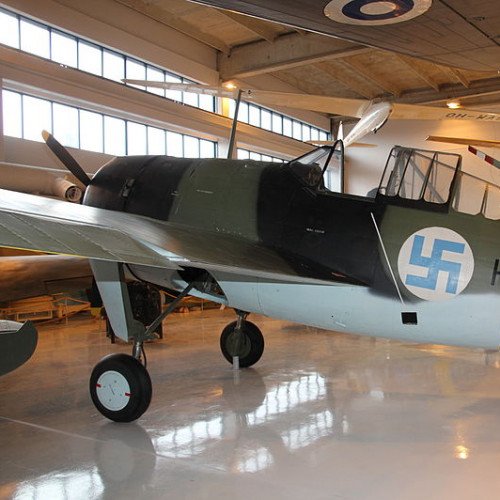 The VL Humu is a Finnish fighter aircraft, designed by Valtion lentokonetehdas in 1944, and based on the American Brewster F2A Buffalo. 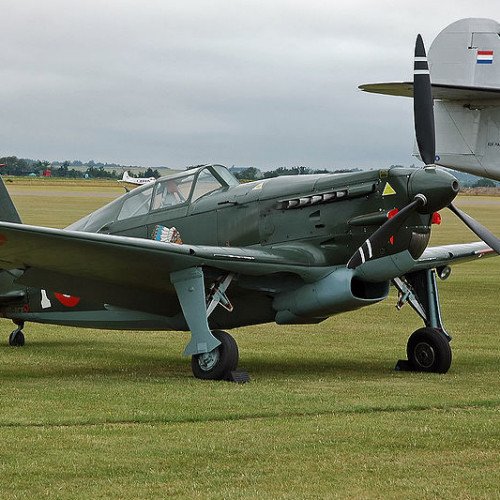 The Morane-Saulnier M.S.406 is a French fighter aircraft developed and manufactured by Morane-Saulnier starting in 1938. It was France's most numerous fighter during the Second World War and one of only two French designs to exceed 1,000 in number. At the beginning of the war, it was one of only two French-built aircraft capable of 400 km/h (250 mph) – the other being the Potez 630.