Sabra Mk I vs Al-Khalid I 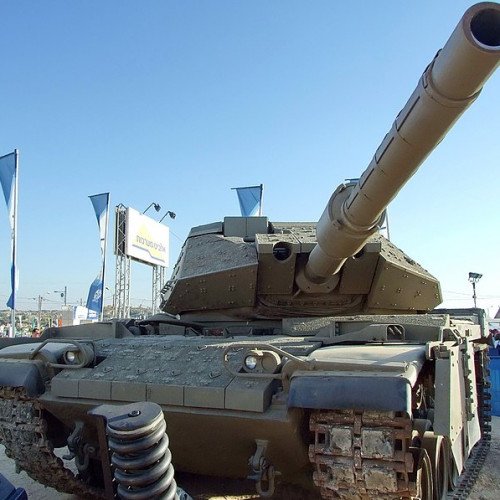 The Sabra (Hebrew: סברה‎, "prickly pear") is an extensively upgraded M60 Patton tank developed by Israel Military Industries. Mk II version of this upgrade package was used in one of Turkish Army's modernization programs. The Sabra is known as the M60T in Turkish service. 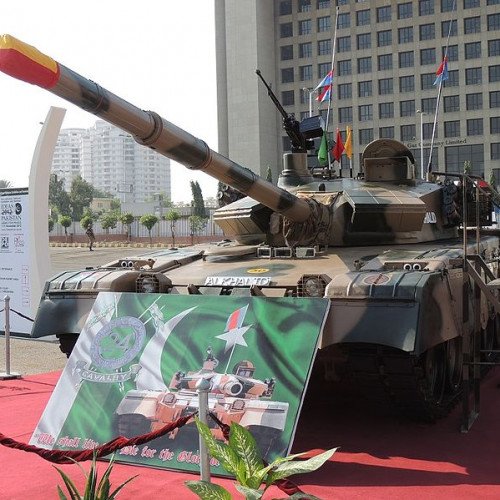 The Al-Khalid (Urdu: الخالد ٹینک‎—Al-Xālid Ṫaiŋk, pronounced [əlˈxaːlɪd̪ ʈɛːŋk] literally "The Eternal Tank") is a main battle tank jointly developed by Pakistan and China during the 1990s, based on the Chinese Type 90-IIM tank. The original prototype was developed by China North Industries Corporation (Norinco) under the name MBT-2000, and Norinco also offered the tank for export. Around 310 Al Khalid MBTs had been produced by 2014. The Bangladesh Army ordered 44 MBT-2000s from China in 2011. The Norinco-made MBT-2000 is also used by the Royal Moroccan Army. It was trialled by the Peruvian Army for possible acquisition, but was not purchased due to financial problems.