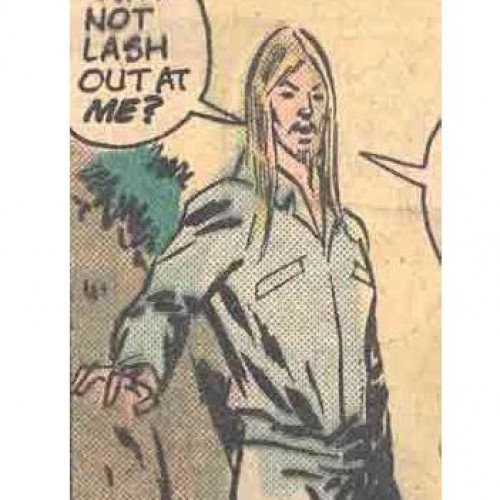 During a time when Mephisto was manipulating Johnny Blaze, aka Ghost Rider, into believing he was the biblical Satan, he also either posed as, or changed one of his demons into a mysterious savior who resembled Jesus.[1] After foiling a plot by "Satan" to take John's soul, this entity told John he was "a friend",[1] and appeared in his life a number of times. While John believed he may have been Jesus, it was later revealed by "Satan" that it was yet another manipulation on his part to try and steal Blaze's soul. The full extent of this entity's abilities has never been revealed, as it was a manipulation created by Mephisto. If the "friend" had any powers to begin with are questionable at best. He appeared to be able to repel Satan and presumably perform miracles.