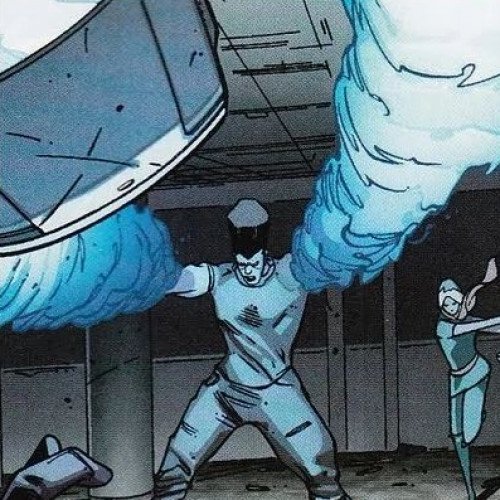 Personality 933 was called upon by Legion through his Neural Switchboard Wristband to take down Magneto, as his presence on the team was ordered by Cyclops to be the kill switch if the choice came down to saving David or saving the world, which the world would take precedence. 933's ability allowed Legion to emit blue gaseous flames at high speeds towards Magneto knocking him down on the ground, until Rogue intervened by absorbing a number of powers from Legion which caused him to become weak. She then used 302's ability to take Magneto down. Pyrokinesis: This personality can emit a blue gaseous flame at high impact speeds.