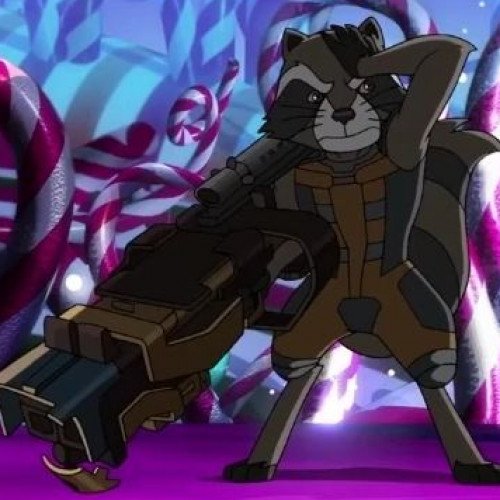 He and Groot were on his ship when Rocket complained about the ship and wanted a new one. An image was shown on their screen in which they were offered a huge sum to capture Santa Claus and they both went to Alfheim to capture him. They reached Alfheim where they were attacked by the cookie men, both repelled the attack, but escaped when the cookies were reassembled. Later they both attacked a madam believing it was Jolnir and she took it as a joke and told them to be Jolnir's wife. Rocket took the opportunity to catch Jolnir and he and Groot traveled with her. Then he allowed the lady to drive the spaceship and she spoke highly of her husband and Rocket realized that Santa Claus was not bad. The ship returned to Alfheim where it attacked Ymir defeating him and later Jolnir gave him a new ship and Rocket with Groot and the Mrs. Claus went for a walk.