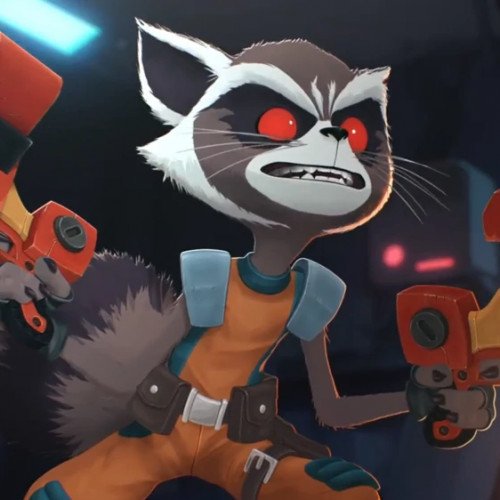 While on the hunt for a Space Phantom with Groot, Rocket crashed landed on Broker's junkyard and found a new ion drive star ship that had a staggering price of 3,000,000 credits. After Rocket and Groot realized they had no money, they began their journey to raise the money to buy the new ship.[1] They shortly soon after, found a bounty on a cute cat-like creature that was worth 1,000,000 credits and jumped at this supposedly easy bounty. They quickly realized that this creature was not a cute as originally thought and was chased off the planet when the creature opened its monstrous mouth. [2] Rocket and Groot quickly found another bounty that was worth 500,000 credits who was hiding at an intergalactic restaurant that insisted on cleanness in their customers. After Groot forcibly gave Rocket a bath, Rocket returned the favor by trimming Groot's hair with a chainsaw. The two were able to get into the restaurant and catch the bounty, now earning 500,000 credits.