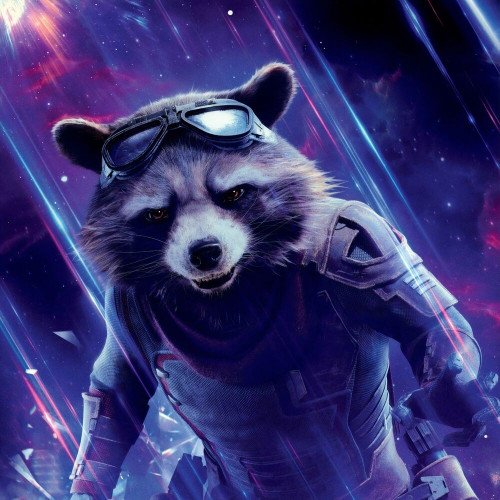 Rocket is a raccoon, or raccoon-like creature, enhanced by illegal genetic experiments into a sentient and technically proficient being. This experience was apparently quite traumatic as he remembers having been "torn apart and put back together." At some point in his life he met the sentient plant-life Groot, with whom he became partners in bounty hunting. Bounty Hunter Rocket spent most of his life as a bounty hunter, teamed up with Groot to perform miscellaneous (and typically illegal) jobs, such as kidnapping and theft, in search of income. He ran into frequent trouble with the law and was imprisoned on numerous occasions, but managed to escape from confinement each time. Despite being a very capable bounty hunter he was frequently taken advantage of by both his employers and competitors alike, at times reaching the verge of bankruptcy. His search for employment eventually brought Rocket to Xandar, where he staked out potential bounty targets in a crowded plaza. Eventually, he spotted Peter Quill - wanted for 40,000 Units by Yondu - and attempted to capture him during a fight between Quill and Gamora. The fight led to all four being arrested by the Nova Corps.