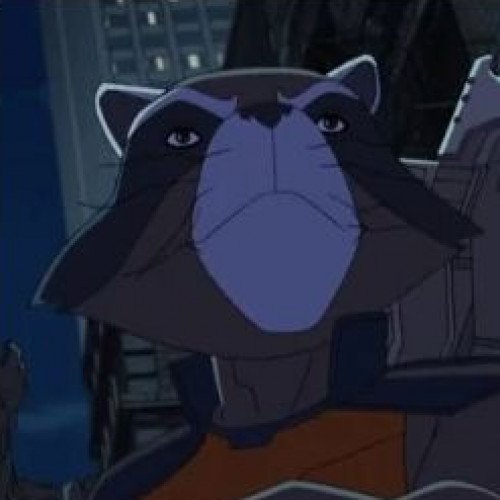 Born an ordinary Earth raccoon, the kit who would become Rocket was abducted by robot scientists from Halfworld, alongside his mother and siblings. The runt of his litter, Rocket displayed courage and heightened aggression, making him ideal for the robots' experiments in accelerating evolution and became genetically and cybernetically enhanced. There he became acquainted with Groot and the two rebelled against the machines and freed his fellow test subjects. Rocket, as the kit now called himself, escaped Halfworld with Groot. The two then began their new life as bounty hunters. The events that played out after this reflect similar to his MCU counterpart, via saving the galaxy from Ronan the Accuser who was perished as a result, which leads to him and Groot become founding members of the Guardians of the Galaxy alongside Star-Lord, Drax the Destroyer, Gamora. At some point, Rocket became a mentor of Nova when he joined the Guardians.