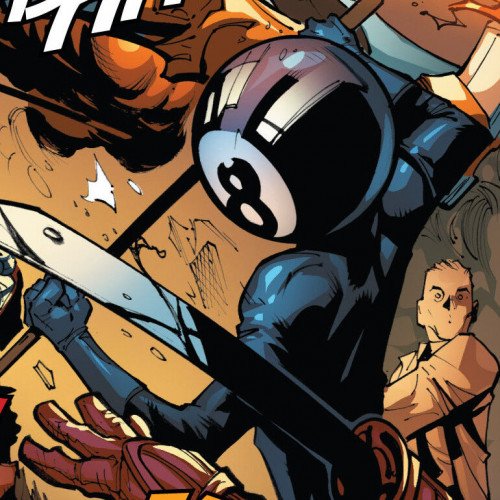 After Jeff Hagees was killed by the Wrecker, his gear he used as 8-Ball was sold by the Hobgoblin to an unnamed criminal, who later came to serve under him. [2] Goblin War 8-Ball was present during a battle between Hobgoblin's forces and the Goblin Underground. He, along with every other Hobgoblin franchise, joined Team Goblin when Green Goblin apparently killed Hobgoblin, really Kingsley's butler Claude.[2] Sinister Six 8-Ball later appeared as a member of Swarm's incarnation of the Sinister Six.[3] Returning to Hobgoblin After dealing with Porcupine, Hobgoblin regained 8-Ball's allegiance to him.