Sofia Loren (left) and Jayne Mansfield (right) VS Salvador Dali Kisses The Hand Of Raquel Welch After Finishing His Famous Portrait Of Her, 1965 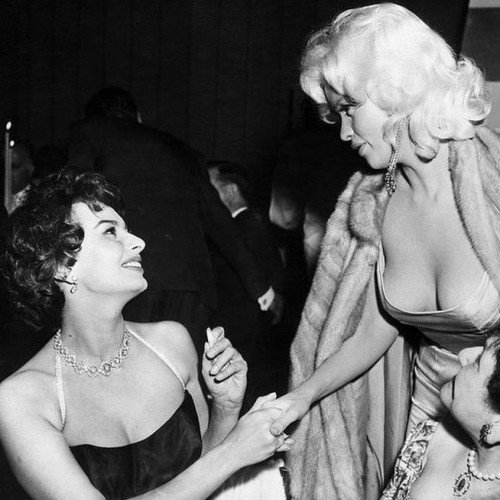 The iconic meeting took place in 1957. Sophia Loren's career had just skyrocketed in Europe and this was a Beverly Hills party organized by Paramount Studies, to welcome her to Tinsletown. Loren had been the most photographed actress at the 1955 Cannes Film Festival - but felt that her spotlight was stolen in Hollywood by blonde bombshell, Jayne Mansfield, who greeted her at her table. In later years, Loren said about the meeting: "I’m so frightened that everything in her dress is going to blow—BOOM!—and spill all over the table" 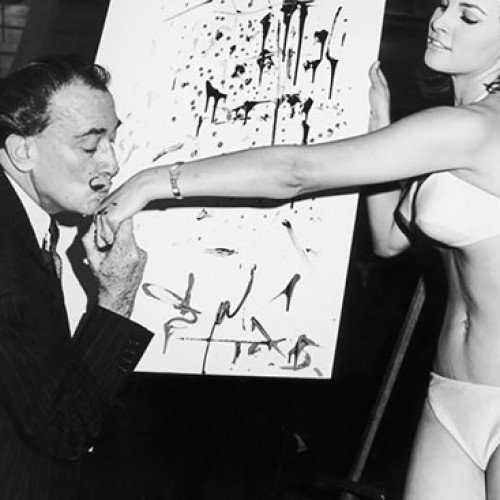