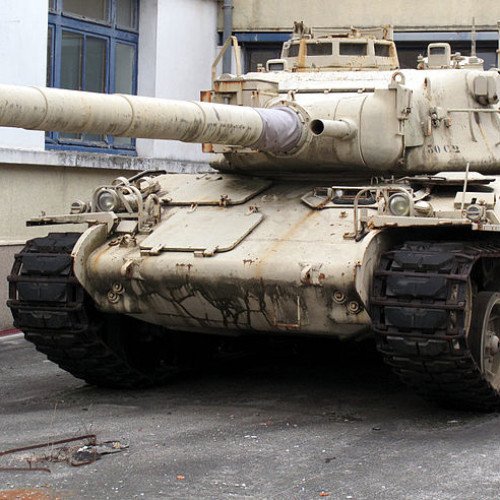 The AMX-30 is a main battle tank designed by Ateliers de construction d'Issy-les-Moulineaux (AMX, then GIAT) and first delivered to the French Army in August 1965. The first five tanks were issued to the 501st Régiment de Chars de Combat (Tank Regiment) in August of that year. The production version of the AMX-30B weighed 36 metric tons (40 short tons), and sacrificed protection for increased mobility. The French believed that it would have required too much armour to protect against the latest anti-tank threats, thereby reducing the tank's maneuverability. Protection, instead, was provided by the speed and the compact dimensions of the vehicle, including a height of 2.28 metres. It had a 105 mm gun, firing a then advanced high explosive anti-tank warhead known as the Obus G. The Obus G used an outer shell, separated from the main charge by ball bearings, to allow the round to be spin stabilized by the gun without affecting the warhead inside. Mobility was provided by the 720 horsepower (540 kW) HS-110 diesel engine, although the troublesome transmission adversely affected the tank's performance. 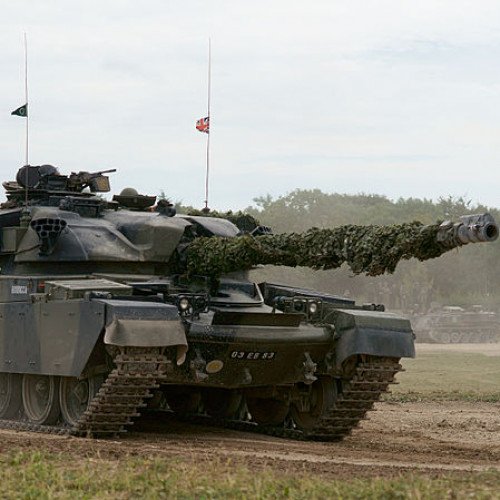 The FV4201 Chieftain was the main battle tank of the United Kingdom during the 1960s, 1970s and 1980s. A development of the Centurion, the Chieftain introduced the supine (reclining) driver position to British design allowing a heavily sloped hull with reduced height. A new powerpack and improved transmission gave it higher speed than the Centurion despite being heavier due to major upgrades to armour protection and the armament: this allowed it to replace both the Conqueror and Centurion while performing their roles effectively. It remained in service until replaced by the Challenger 1 which shared many of the Chieftain's features.