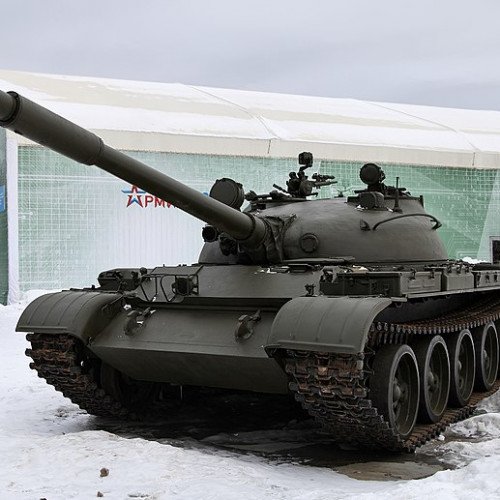 The T-62 is a Soviet main battle tank that was first introduced in 1961.[6] As a further development of the T-55 series, the T-62 retained many similar design elements of its predecessor including low profile and thick turret armour. In contrast with previous tanks, which were armed with rifled tank guns, the T-62 was the first tank armed with a smoothbore tank gun that could fire APFSDS rounds at higher velocities. While the T-62 became the standard tank in the Soviet arsenal, it did not fully replace the T-55 in export markets due to its higher manufacturing costs and maintenance requirements compared to its predecessor. Although the T-62 was replaced in Russia and the successor states of the Soviet Union, it is still used in some countries and its design features became standardised in subsequent Soviet and Russian mass-produced tanks. 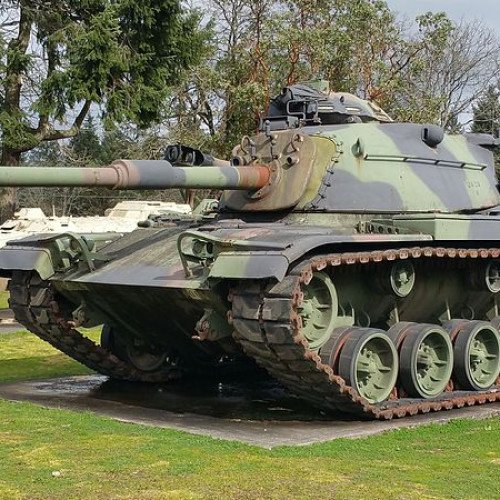 The M60 is an American second generation main battle tank (MBT). It was officially standardized as the Tank, Combat, Full Tracked: 105-mm Gun, M60 in March 1959.[1] Although developed from the M48 Patton, the M60 tank series was never officially classified but sometimes informally grouped, as a member of the Patton tank family. The design similarities can be noted in the original variant of the M60 and the M48A2. The US Army considered it as a "product-improved descendant" of the Patton tank's design.[14] The United States fully committed to the MBT doctrine in 1963 when the Marine Corps retired the last (M103) heavy tank battalion. The M60 tank series became America's primary main battle tank during the Cold War.[15] Over 15,000 M60s were built by Chrysler. Hull production ended in 1983, but 5,400 older models were converted to the M60A3 variant ending in 1990.