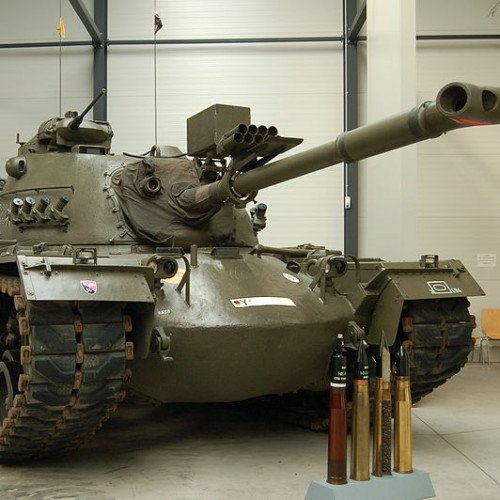 The M48 Patton is an American first generation main battle tank (MBT) introduced in February 1952, being designated as the 90mm Gun Tank: M48. Mrs. Beatrice Ayer Patton, wife of the late General George S Patton christened it as a Patton. It was designed as a replacement for the M26 Pershing, M4 Sherman variants and M46 Pattons used in the Korean War, and as the successor to the M47 Patton.[6]:5 Nearly 12,000 M48s were built, mainly by Chrysler and American Locomotive Company, from 1952 to 1961. The M48 underwent many design modifications and improvements during its production life. This led to a wide variety of suspension systems, cupola styles, power packs, fenders and other details among individual tanks. The early designs, up to the M48A2C, were powered by a gasoline engine. The M48A3 and A5 versions used a diesel engine, however gasoline engine versions were still in use in the US Army National Guard through 1968 and through 1975 by many West German Army units. Numerous examples of the M48 saw combat use in various Arab–Israeli conflicts and the Vietnam War. Beginning in 1959, most American M48A1s and A2s were upgraded to the M48A3 model. 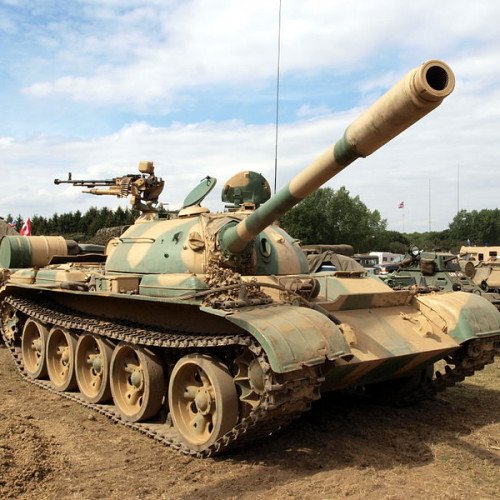 The Type 59 (Chinese: 59式; pinyin: Wǔ jiǔ shì; industrial designation: WZ-120) main battle tank is a Chinese-produced version of the Soviet T-54A tank, an early model of the ubiquitous T-54/55 series. The first vehicles were produced in 1958 and it was accepted into service in 1959, with serial production beginning in 1963. Over 10,000 of the tanks were produced by the time production ended in 1980 with approximately 5,500 serving with the Chinese armed forces. The tank formed the backbone of the Chinese People's Liberation Army until the early 2000s with an estimated 5,000 of the later Type 59-I and Type 59-II variants in service in 2002.