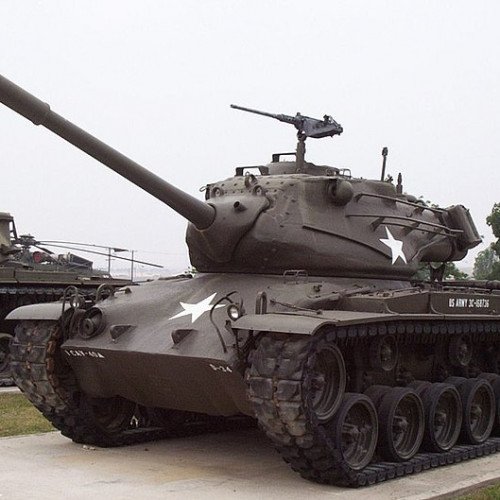 The M47 Patton was an American main battle tank, a development of the M46 Patton mounting an updated turret, and was in turn further developed as the M48 Patton. It was the second American tank to be named after General George S. Patton, commander of the U.S. Third Army during World War II and one of the earliest American advocates of tanks in battle. 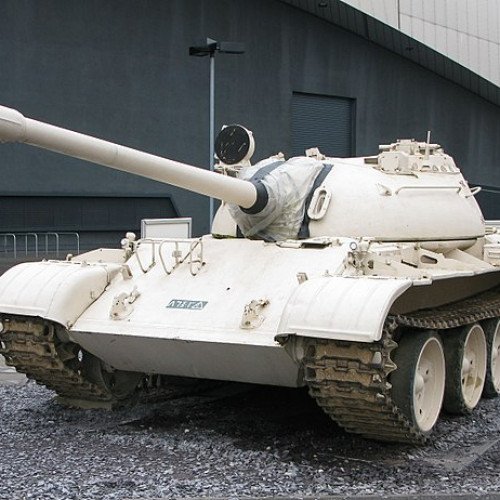 The T-54 and T-55 tanks are a series of Soviet main battle tanks introduced in the years following the Second World War. The first T-54 prototype was completed at Nizhny Tagil by the end of 1945.[2] Initial production ramp up settled for 1947 at Nizhny Tagil, and 1948 for Kharkiv were halted and curtailed as many problems were uncovered; the T-34-85 still accounted for 88 percent of production through the 1950s.[2] The T-54 eventually became the main tank for armoured units of the Soviet Army, armies of the Warsaw Pact countries, and many others. T-54s and T-55s have been involved in many of the world's armed conflicts since the later part of the 20th century.