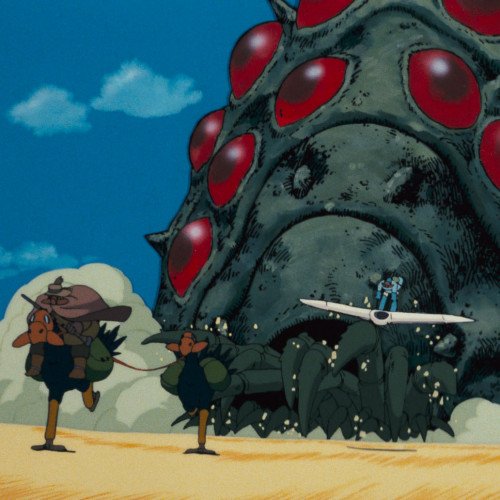 Nausicaä of the Valley of the Wind

Nausicaä of the Valley of the Wind (Japanese: 風の谷のナウシカ, Hepburn: Kaze no Tani no Naushika) is a Japanese manga series written and illustrated by anime director Hayao Miyazaki. It tells the story of Nausicaä, a princess of a small kingdom on a post-apocalyptic Earth with a toxic ecological system, who becomes involved in a war between kingdoms while an environmental disaster threatens humankind. Since its initial serialization, Nausicaä has become a commercial success, particularly in Japan, where at least 11 million copies have been sold. The manga and the 1984 film adaptation, written and directed by Miyazaki following the serialization of the manga's first sixteen chapters, received universal acclaim from critics and scholars for its characters, themes, and art. The manga and film versions of Nausicaä are also credited for the foundation of Studio Ghibli, the animation studio for which Miyazaki created several of his most recognized works. 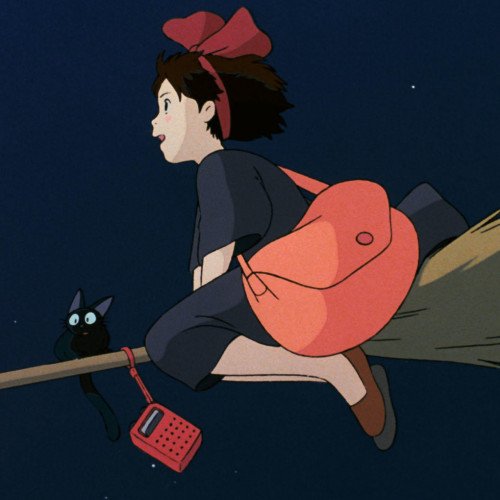 Kiki's Delivery Service (Japanese: 魔女の宅急便, Hepburn: Majo no Takkyūbin, "Witch's Delivery Service") is a 1989 Japanese animated film written, produced, and directed by Hayao Miyazaki, adapted from the 1985 novel by Eiko Kadono. It was animated by Studio Ghibli for Tokuma Shoten, Yamato Transport and the Nippon Television Network and distributed by the Toei Company. The film tells the story of a young witch, Kiki, who moves to a new town and uses her flying ability to earn a living. According to Miyazaki, the movie portrays the gulf between independence and reliance in teenage Japanese girls. Kiki's Delivery Service was released in Japan on July 29, 1989, and won the Animage Anime Grand Prix prize. It was the first film released under a 15-year distribution partnership between The Walt Disney Company and Studio Ghibli; Walt Disney Pictures produced an English dub in 1997, which premiered in United States theaters at the Seattle International Film Festival on May 23, 1998. The film was released on home video in the U.S. and Canada on September 1, 1998.