The best Pitcher in Baseball 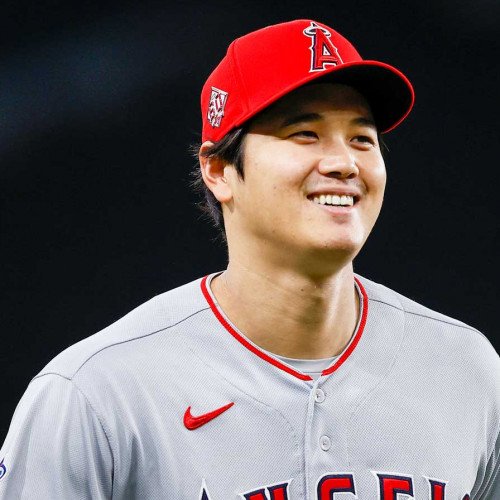 (大谷 翔平, Ōtani Shōhei, born July 5, 1994), nicknamed "Shotime", is a Japanese professional baseball pitcher, designated hitter and outfielder for the Los Angeles Angels of Major League Baseball (MLB). He previously played for the Hokkaido Nippon-Ham Fighters of Nippon Professional Baseball's (NPB) Pacific League. Ohtani was the first pick of the Fighters in the 2012 draft. He played in NPB for the Fighters from 2013 through 2017 as a pitcher and an outfielder. On October 16, 2016 Ohtani recorded the fastest pitch in NPB history at 165 kilometres per hour (102.5 mph). The record was broken by Thyago Vieira five years later, but he still holds the Japanese record. The Fighters posted Ohtani to MLB after the 2017 season, and he signed with the Angels. He won the 2018 American League (AL) Rookie of the Year Award and the 2021 AL Most Valuable Player Award. Ohtani's 2021 season was formally recognized as "historically significant" and a "major impact on the sport" by MLB Commissioner Rob Manfred, as he became the first two-way player in the history of MLB with 10+ home runs and 20+ stolen bases as a hitter and 100+ strikeouts and 10+ pitching appearances as a pitcher in the same season while also holding at least a share of the major league lead in home runs in fourteen starts.[3] He was also the first player in MLB history to be an All-Star as both a pitcher and a hitter, as he was a starter in the 2021 All-Star Game in both capacities, as the AL's manager-selected starting pitcher (earning the win) and fan-elected starting designated hitter (as the leadoff hitter). 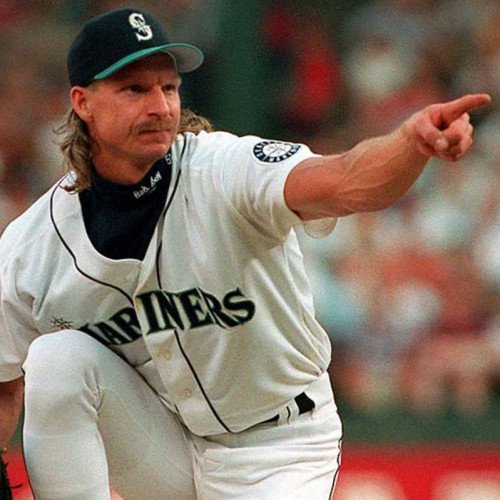 Randall David Johnson (born September 10, 1963), nicknamed "The Big Unit", is a former American professional baseball pitcher who played 22 seasons in Major League Baseball (1988–2009) for six teams, primarily the Seattle Mariners and Arizona Diamondbacks. At 6 ft 10 in (2.08 m), Johnson was the tallest player in MLB history when he entered the league: a factor that contributed to his extremely intimidating persona and pitching style. He is particularly known for his overpowering fastball and devastating slider, a combination which remained effective throughout his lengthy career. While he initially struggled with control in his early seasons, Johnson subsequently established himself as one of the most dominant pitchers of his era, leading his league in strikeouts nine times, and in earned run average, winning percentage, and complete games four times each. Along with teammate Curt Schilling, Johnson was one of two World Series Most Valuable Players in 2001; in the Series, Johnson won three games and led the Arizona Diamondbacks to a World Series victory over the New York Yankees in the fourth season of the team's existence. He won the pitching Triple Crown in 2002. Johnson's 303 career victories are the fifth-most by a left-hander in MLB history, while his 4,875 strikeouts place him second all time behind Nolan Ryan and first among left-handers. Johnson is a ten-time All-Star, won the Cy Young Award five times, and is one of only two pitchers to win the award in four consecutive seasons (1999–2002). Johnson won Cy Young Awards in both leagues. He is also one of five pitchers to pitch no-hitters in both leagues, and one of 20 pitchers in history to record a win against all 30 MLB franchises. Johnson enjoyed a career longevity uncommon to pitchers, with his signature fastball-slider combination remaining effective well into his 40s. Four of his six 300-strikeout seasons occurred after his 35th birthday. On May 18, 2004, at 40 years old, he threw Major League Baseball's 17th perfect game, and remains the oldest pitcher to accomplish this feat. Johnson ultimately retired at the age of 46, and was elected to the Baseball Hall of Fame in 2015, his first year of eligibility. He is the first member of the Hall to be depicted in a Diamondbacks uniform on his plaque.