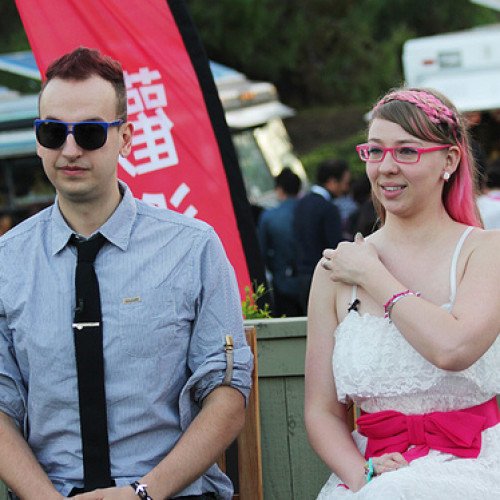 Simon and Martina is a YouTube video blog channel created by Canadian expatriates Simon Stawski and Martina Sazunic. Originally launched as Eat Your Kimchi, from 2008 to 2016, the channel featured videos about their lives in South Korea, including food, cultural differences, and popular media. In 2012, they registered Eat Your Kimchi as a company in South Korea and opened their own studio in Seoul, which remained operational until 2015. In 2016, Stawski and Sazunic moved to Tokyo, Japan, where they lived until 2020. During their stay, they produced a video series on Japanese food and culture titled Eat Your Sushi. Their channel was rebranded as Simon and Martina to reflect the change. As of May 2021, the channel has 1.37 million subscribers. 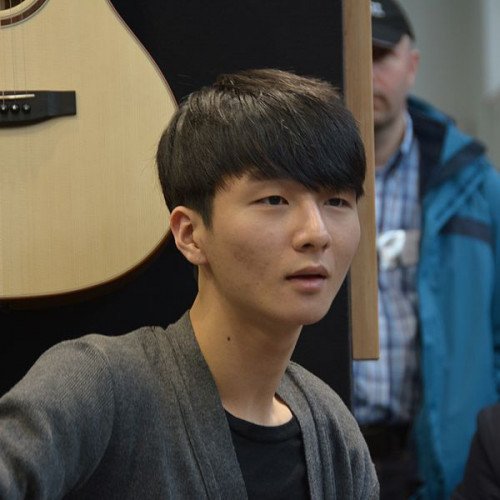 Sungha Jung (Korean: 정성하; born 2 September 1996) is a South Korean musician who specializes in acoustic fingerstyle guitar. Jung creates acoustic covers and arrangements, typically by ear and/or by watching videos, and composes original songs, both of which he plays and uploads online. He is often described as a guitar prodigy, though he prefers to be known as a "guitarist" rather than a "prodigy." His YouTube channel currently has more than 6.66 million subscribers. Jung developed an interest in guitar after watching his father play. He found his father's guitar playing more interesting than piano, which he was already learning. Jung's father taught him the basics, and after learning the basics, he developed his skill greatly just by trying to play what he heard. When he struggled he would study online videos. Jung came to play fingerstyle when his father discovered the technique on the internet. His first "idol" was guitarist Kotaro Oshio, from whom he developed an interest in fingerstyle guitar. At first, Jung's mother and grandmother disapproved of the "noise" that Jung and his father continuously created, but they came to understand it as his gift.