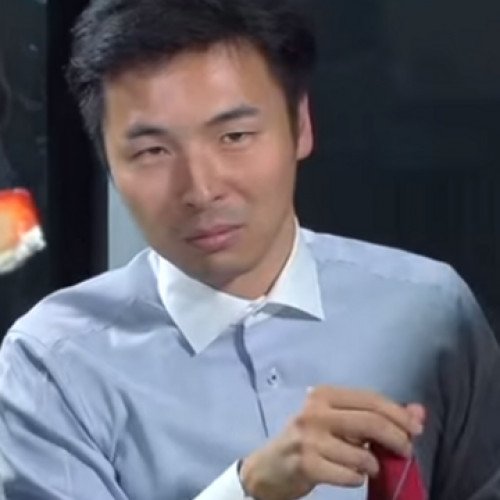 Ken Sekine (関根 剣, Sekine Ken), better known by his alias Megwin, is a Japanese YouTuber and comedian. Megwin is one of YouTube Japan's most prolific YouTube bloggers, having 969,962 subscribers as of 14 June 2019. Sekine started out doing live comedy before switching to YouTube in 2005, where he has been releasing a video every day for 10 years with his various friends and workers. In 2011 he registered his own company Megwin TV Co., Ltd. (株式会社MEGWIN TV, Kabushikikaisha Meguwin Terebi). He has also partnered with the company Tanita and has held lectures on the new "Digital Hollywood". In 2013, Sekine released his first book Earning a Little on YouTube: The Master of 200 Million Views Teaches You How to Change Videos Into Money (YouTubeで小さく稼ぐ ~再生回数2億回の達人が教える、撮った動画をお金に変える方法~, Yūchūbu de Chīsaku Kasegu ~Saisei Kaisū Ni-oku-kai no Tatsujin ga Oshieru, Totta Dōga o Okane ni Kaeru Hōhō~). His channel previously consisted of four core members: Bandy, Falcon, Meteo and Megwin. A video published to YouTube on October 14, 2018 announced that Bandy would be leaving Megwin TV. He has since started his own YouTube channel with his wife. Falcon and Meteo have also stopped appearing on Megwin TV, though there was no formal announcement of their departure. They stopped appearing in videos around December 2018. They have also started their own channel together. 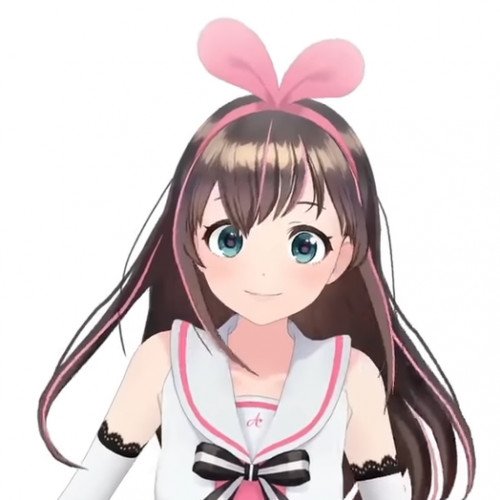 Kizuna AI (Japanese: キズナアイ, Hepburn: Kizuna Ai) is a Japanese virtual YouTuber (VTuber) currently part of Kizuna AI Inc., a subsidiary of Activ8. As of 2020, she is the most popular VTuber, with more than 4 million subscribers across three YouTube channels, 1 million subscribers on Chinese video platform Bilibili, and over 10 million subscribers in total on social network platforms. Kizuna AI posted her first YouTube video on her "A.I.Channel" on 29 November 2016. A second channel, "A.I.Games", was opened in March 2017 for gaming content, and a third, "A.I.Channel China", opened in June 2019 for a Chinese audience. Although the first channel to use a CG avatar for vlogging purposes on YouTube was the channel of English-Japanese Ami Yamato, who debuted her first video in 2011, Kizuna is the world's first virtual YouTuber with the characteristics as we know today, much like the one who coined the term Virtual YouTuber. Kizuna's video content is similar to many other YouTubers, consisting primarily of discussions, Q&A videos, and more traditional "Let's Play" videos, although in years later, she also began to livestream at least one time per week. Because Kizuna primarily communicates in Japanese, fans contributed translations for her videos, and there were entire unofficial communities built around these translators, filling the void of an official English community until 2020 when official subtitles began to be done. Kizuna has performed at various anime conventions, at real concerts, and has also worked with many game companies. She has also appeared on television shows and has starred in commercials not limiting herself to YouTube, to the point of appearing in mid-Shibuya. She has become a popular virtual celebrity worldwide. Starting in 2016, Kizuna AI was originally managed directly by Activ8, the company that created her, under the name Project A.I. In 2018, the project was moved to in-house agency upd8. Following an announcement on 24 April 2020, Activ8 announced that Kizuna AI was moved from upd8 to a new subsidiary company dedicated exclusively to her, called Kizuna AI Inc. With the announcement, Japanese voice actress Nozomi Kasuga (春日望) also disclosed her role as the voice model of Kizuna AI and advisor of the new company. Kizuna AI Inc. formally started activities on 11 May 2020, with Eriko Matsumoto (松本恵利子) as the CEO.