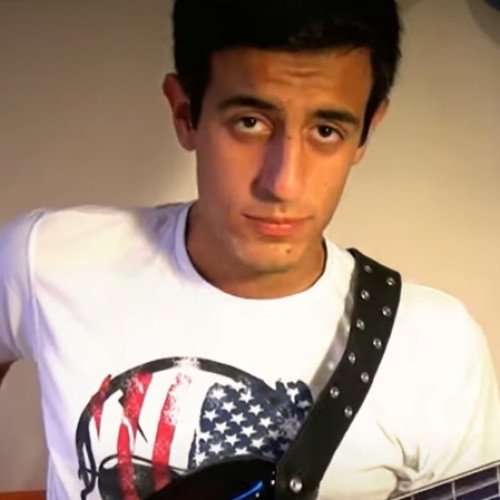 Davide Biale (born 5 April 1994), known by his online alias Davie504, is an Italian YouTuber and musician. He is best known for playing bass guitar, primarily with a slapping technique, and creating several covers and viral videos. Biale began playing bass guitar in high school after being influenced by Kiss bassist Gene Simmons. In 2011, he created a channel named Davie504, and began to upload unconventional cover performances of songs in 2012. Examples of these videos include him using M&M's to cover songs by Eminem,a Korn medley played with corn cobs, and a Red Hot Chili Peppers medley played with actual chili peppers. He also performs musical challenges, which are often suggested to him by comments on his videos, such as playing an uninterrupted slap bass solo for 5 hours, and playing a bassline which was claimed by Deadmau5 to be "technically impossible". Biale is also known for uploading meme-related videos and covers. Most notably, he contributed to the PewDiePie vs T-Series competition, where he played a bass cover of "Bitch Lasagna" outside of the T-Series headquarters as well as a video series where he reacts to posts made on his subreddit page. He also participated in a competition with Jared Dines and Steve Terreberry to play the guitar with the most strings. 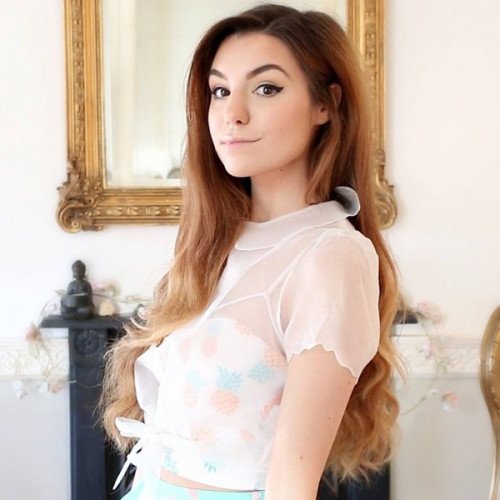 Marzia Kjellberg (née Bisognin born 21 October 1992) is an Italian Internet personality, fashion designer, businesswoman, ceramics artist, and one-time author. Known for her videos on her now-inactive YouTube channel, Kjellberg has also ventured into writing, fashion designing, and business. She is married to Swedish YouTuber PewDiePie. Marzia Kjellberg (then Bisognin) registered her CutiePieMarzia YouTube channel on 16 January 2012. Her videos on YouTube focused on fashion, beauty, makeup, DIY, books, movies, vlogs, haul, and video gaming. Kjellberg also commonly uploaded travel vlogs. Although Italian, Kjellberg spoke English in her videos. Kjellberg was signed to Maker Studios' sub-network, The Platform. Kjellberg's YouTube channel was one of the most popular in the beauty and makeup genre; in May 2014, The Wall Street Journal reported that it attracted over 16 million viewers each month. The demographics of Kjellberg's viewers have been reported to be females aged 13–24, who use Kjellberg's videos as a reference. Kjellberg refers to her fans as "Marzipans". Kjellberg appeared on her then-boyfriend Felix Kjellberg's channel on various occasions. Felix, better known on YouTube as “PewDiePie,” uploaded videos of the two playing video games and participating in video challenges together. In 2014, Kjellberg and Felix were part of an online marketing campaign for the horror film, As Above, So Below. While Felix's videos for the campaign involved gaming-related topics, Kjellberg's videos centered around a travel vlog angle of the couple's trip to Paris. Similarly, ABC had Kjellberg, among others, promote their new TV series, Selfie, via a YouTube marketing campaign.