The future of Russia: Vladimir Putin vs Alexey Navalny 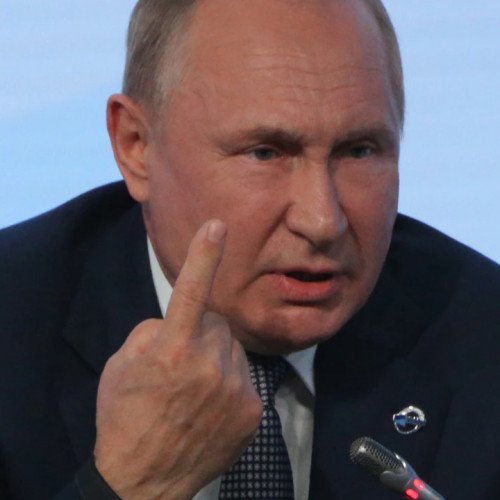 Vladimir Putin has served three terms and is currently in a fourth as President of Russia (2000–2004, 2004–2008, 2012–2018 and May 2018 to present) and served as Acting President from 1999 to 2000, succeeding Boris Yeltsin after Yeltsin's resignation. Putin was also Prime Minister for three months in 1999 and served a full term from 2008 to 2012. During his presidency, he has been a member of the Unity party and the United Russia party. He is also affiliated with the People's Front, a group of supporters that Putin organized in 2011 to help improve the public's perception of United Russia. His political ideology, priorities and policies are sometimes referred to as Putinism. Putin has enjoyed high domestic approval ratings throughout the majority of his presidency, with the exception of 2011–2013 which is likely due to the 2011–2013 Russian protests. In 2007 he was Time magazine's Person of the Year.[6] In 2015, he was designated No. 1 in Time 100, Time magazine's list of the top 100 most influential people in the world.[7] From 2013 to 2016, he was designated No. 1 on the Forbes list of The World's Most Powerful People.[8] The Russian economy and standard of living grew rapidly during the early period of Putin's regime, fueled largely by a boom in the oil industry. However, lower oil prices and sanctions for Russia's annexation of Crimea led to recession and stagnation in 2015 that has persisted into the present day.[12] Political freedoms have been sharply curtailed, leading to widespread condemnation from human rights groups, as well as Putin being described as a dictator. 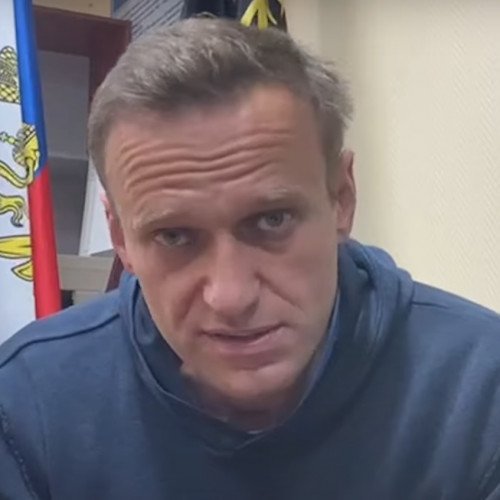 Alexei Anatolievich Navalny (Russian: Алексей Анатольевич Навальный, IPA: [ɐlʲɪkˈsʲej ɐnɐˈtolʲjɪvʲɪtɕ nɐˈvalʲnɨj]; born 4 June 1976) is a Russian opposition leader, lawyer, and anti-corruption activist. He has organised anti-government demonstrations and run for office to advocate reforms against corruption in Russia, and against president Vladimir Putin and his government, who avoids referring directly to Navalny by name. Navalny was a Russian Opposition Coordination Council member. He is the leader of the Russia of the Future party and founder of the Anti-Corruption Foundation (FBK). He is recognised by Amnesty International as a prisoner of conscience, and was awarded the Sakharov Prize for his work on human rights.Navalny has more than six million YouTube subscribers; through his social media channels, he and his team have published material about corruption in Russia, organised political demonstrations and promoted his campaigns. In a 2011 radio interview, he described Russia's ruling party, United Russia, as a "party of crooks and thieves," which became a popular epithet. Navalny and the FBK have published investigations detailing alleged corruption by high-ranking Russian officials and their associates. In July 2013, Navalny received a suspended sentence for embezzlement. Despite this, he was allowed to run in the 2013 Moscow mayoral election and came in second, with 27% of the vote, outperforming expectations but losing to incumbent mayor Sergey Sobyanin, a Putin appointee. In December 2014, Navalny received another suspended sentence for embezzlement. Both of his criminal cases were widely considered to be politically motivated and intended to bar him from running in future elections. The European Court of Human Rights (ECHR) later ruled that the cases violated Navalny's right to a fair trial, but the sentences were never overturned. In December 2016, Navalny launched his presidential campaign for the 2018 presidential election but was barred by Russia's Central Election Commission (CEC) after registering due to his prior criminal conviction; the Russian Supreme Court subsequently rejected his appeal. In 2017, the documentary He Is Not Dimon to You was released, accusing Dmitry Medvedev, the then prime minister and previous president, of corruption, leading to mass protests. In 2018, Navalny initiated Smart Voting, a tactical voting strategy intended to consolidate the votes of those who oppose United Russia, to the party of seats in elections.In August 2020, Navalny was hospitalised in serious condition after being poisoned with a Novichok nerve agent. He was medically evacuated to Berlin and discharged a month later. Navalny accused Putin of being responsible for his poisoning, and an investigation implicated agents from the Federal Security Service. In January 2021, Navalny returned to Russia and was immediately detained on accusations of violating parole conditions while he was in Germany which were imposed as a result of his 2014 conviction. Following his arrest and the release of the documentary Putin's Palace, which accused Putin of corruption, mass protests were held across Russia. In February, his suspended sentence was replaced with a prison sentence of over two and half years' detention. In March 2022, Navalny was sentenced to an additional nine years in prison after being found guilty of embezzlement and contempt of court in a new trial described as a sham by Amnesty; his appeal was rejected and in June, he was transferred to a high-security prison.