NFL GOAT Tom Brady vs Payton Manning who is the greatest among all!? 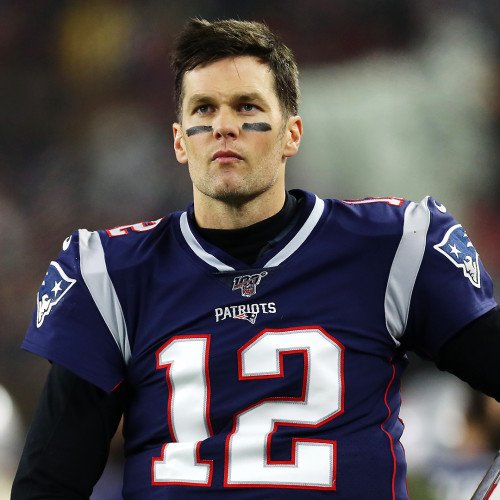 Thomas Edward Patrick Brady Jr. (born August 3, 1977) is a former American football quarterback who played in the National Football League (NFL) for 22 seasons. He spent his first 20 seasons with the New England Patriots, where he was a central contributor to the franchise's dynasty from 2001 to 2019. In his final two seasons, he was a member of the Tampa Bay Buccaneers. Brady is widely regarded as the greatest quarterback of all time.After playing college football at Michigan, Brady was selected 199th overall by the Patriots in the sixth round of the 2000 NFL Draft, later earning him a reputation as the NFL's biggest draft steal. He became the starting quarterback during his second season, which saw the Patriots win their first Super Bowl title in Super Bowl XXXVI. As the team's primary starter for 18 seasons, Brady led the Patriots to 17 division titles (including 11 consecutive from 2009 to 2019), 13 AFC Championship Games (including eight consecutive from 2011 to 2018), nine Super Bowl appearances, and six Super Bowl titles, all NFL records for a player and franchise. He joined the Buccaneers in 2020 and led them to win Super Bowl LV, extending his individual records to 10 Super Bowl appearances and seven victories.Brady holds nearly every major quarterback record, including passing yards, completions, touchdown passes, and games started, in addition to the most Pro Bowl selections. Never having a losing season, he is the NFL leader in career quarterback wins, quarterback regular season wins, quarterback playoff wins, and Super Bowl MVP awards, as well as the only Super Bowl MVP for two different franchises. Brady, the only quarterback to win a Super Bowl in three consecutive decades, has also been noted for the longevity of his success. At age 43 in Super Bowl LV, he is the oldest player to be named Super Bowl MVP and win a Super Bowl as the starting quarterback, along with being the oldest NFL MVP at age 40 in 2017. Brady is the only NFL quarterback named to two all-decade teams (2000s and 2010s) and was unanimously named to the 100th Anniversary All-Time Team in 2019. 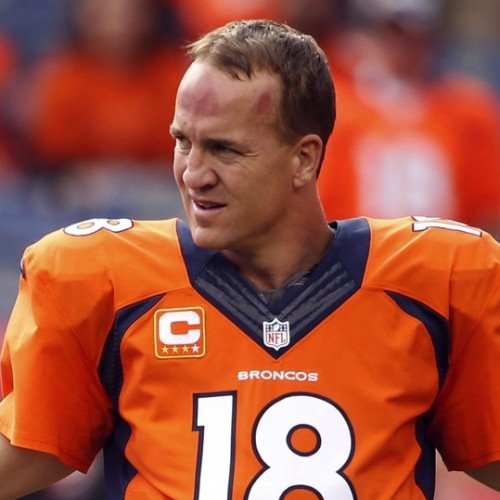 Peyton Williams Manning (born March 24, 1976) is an American former football quarterback who played in the National Football League (NFL) for 18 seasons. Considered to be one of the greatest quarterbacks of all time, he spent 14 seasons with the Indianapolis Colts and four with the Denver Broncos. Manning is also one of the NFL's most recognizable players, earning the nickname "the Sheriff" due to his tendency to audible prior to the snap. The second son of former NFL quarterback Archie Manning and older brother of former NFL quarterback Eli Manning, he played college football at Tennessee, with whom he won the 1997 SEC Championship Game and earned MVP honors. Manning was selected first overall in the 1998 NFL Draft by the Colts, where he served as their starting quarterback from 1998 to 2010. He helped transform the struggling Colts franchise into consistent playoff contenders, leading them to 11 playoff runs, eight division titles, three AFC Championship Games, two Super Bowl appearances, and one championship title in Super Bowl XLI, the franchise's first in over three decades and first since relocating to Indianapolis. Manning was also named Super Bowl MVP in the victory. After undergoing neck surgery that sidelined him for the 2011 season, Manning was released by the Colts and signed with the Broncos. Serving as the Broncos' starting quarterback from 2012 to 2015, he helped them clinch their division each season and reach two Super Bowls. Manning's career ended with a victory in Super Bowl 50, making him the first starting quarterback to win the Super Bowl for more than one franchise.Manning holds many NFL records, including MVP awards, first-team All-Pro selections, 4,000-yard passing seasons, single-season passing yards, and single-season passing touchdowns. He is also third in career passing yards and passing touchdowns. Helping lead both the Colts and Broncos to two Super Bowls each, Manning is the first starting quarterback to have multiple Super Bowl starts with more than one franchise. He was inducted to the College Football Hall of Fame in 2017 and the Pro Football Hall of Fame in 2021.