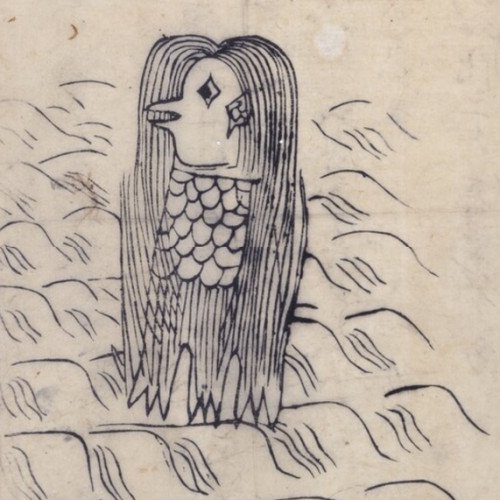 Amabie (アマビエ) is a legendary Japanese mermaid or merman with three legs, who allegedly emerges from the sea and prophesies either an abundant harvest or an epidemic. It appears to be a variant of the amabiko (アマビコ, 海彦, 尼彦, 天日子, 天彦, あま彦, also amahiko), otherwise known as the amahiko-nyūdo (尼彦入道), and arie (アリエ), which are depicted as ape-like, bird-like, or torso-less (cephalopod-like) and usually 3-legged. An amabie appeared in Higo Province (Kumamoto Prefecture) according to legend, around the middle of the fourth month, in the year Kōka-3 (mid-May 1846) in the Edo period. A glowing object had been spotted in the sea, almost on a nightly basis. The town's official went to the coast to investigate and witnessed the amabie. According to the sketch made by this official, it had long hair, a mouth like bird's bill, was covered in scales from the neck down and three-legged. Addressing the official, it identified itself as an amabie and told him that it lived in the open sea. It went on to deliver a prophecy: "Good harvest will continue for six years from the current year;[a] if disease spreads, draw a picture of me and show the picture of me to those who fall ill and they will be cured." Afterward, it returned to the sea. The story was printed in the kawaraban [ja] (woodblock-printed bulletins), where its portrait was printed, and this is how the story disseminated in Japan. 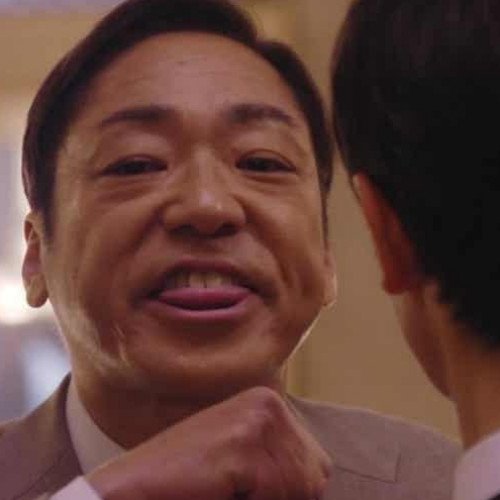