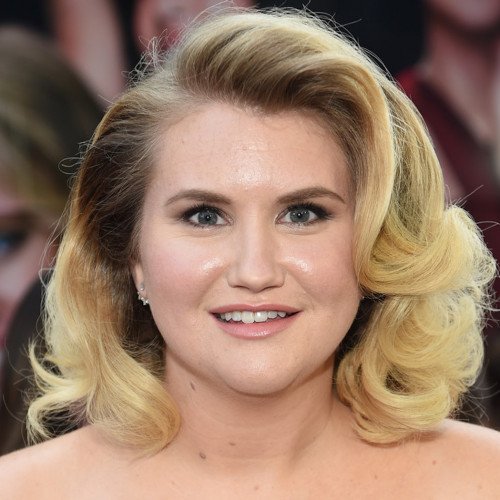 Jillian Leigh Bell (born April 25, 1984) is an American comedian, actress, and screenwriter. She stars in the 2019 film Brittany Runs a Marathon. She starred as Jillian Belk on Workaholics and had a recurring role as Dixie on the final season of Eastbound & Down, and appeared in 22 Jump Street, Fist Fight, and Godmothered. Since 2019, Bell has voiced the role of Violet Hart in Bless the Harts. Bell was born and raised in Las Vegas, the daughter of Tanzy and Ron Bell. She is of Romanian descent through her maternal grandmother. Bell began to study improv at the age of eight. She graduated from Bishop Gorman High School in 2002. After high school, she moved to Los Angeles, and became a member of the Groundlings. Bell is an alum of The Straitjacket Society in Los Angeles. She auditioned for Saturday Night Live. Although she did not join the cast, she became a writer for the show in 2009 for its thirty-fifth season. The same year Bell appeared in an episode of Curb Your Enthusiasm as an assistant who wears revealing clothing at work. In 2011, she began to play "Jillian Belk" on the Comedy Central series Workaholics. Film director Paul Thomas Anderson noticed her in Workaholics and cast her in a small role in his 2012 film, The Master and yet again in another small role in his 2014 film, Inherent Vice. She had a recurring role as Dixie in the fourth and final season of Eastbound and Down. In 2014, she appeared in 22 Jump Street alongside Jonah Hill and Channing Tatum. In 2015, she co-starred in Goosebumps and The Night Before. In January 2016, Comedy Central debuted a new series, Idiotsitter, in which Bell portrays the constantly misbehaving adult daughter of wealthy parents. Idiotsitter was launched as a web series in early 2014, before being picked up in June 2014 by Comedy Central for network airing. Bell starred as the Fairy Godmother in Disney's Godmothered, which was released on Disney+. 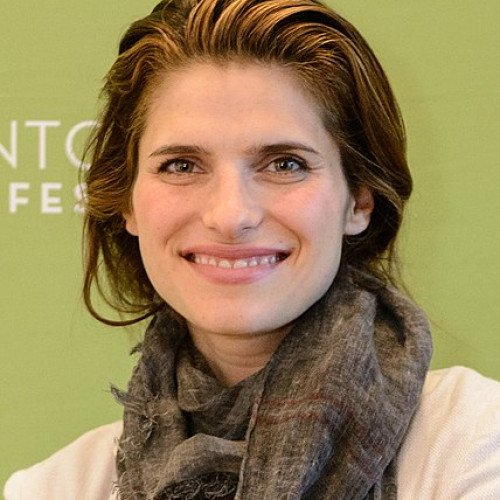 Lake Siegel Bell (born March 24, 1979) is an American actress, director, producer and screenwriter. She has starred in various television series, including Boston Legal (2004–2006), Surface (2005–2006), How to Make It in America (2010–2011), Childrens Hospital (2008–2016), and Bless This Mess (2019–2020) and in films including Over Her Dead Body (2008), What Happens in Vegas (2008), It's Complicated (2009), No Strings Attached (2011), Million Dollar Arm (2014), No Escape (2015), Man Up (2015) The Secret Life of Pets (2016), and Home Again (2017). She wrote and directed the short film Worst Enemy, which debuted at the Sundance Film Festival in 2012, followed by her 2013 feature film directing debut In a World..., in which she also starred. In 2017 she directed, wrote, co-produced and starred in I Do... Until I Don't. Bell is currently starring as the voice of Poison Ivy in the HBO Max series Harley Quinn (2019–present). Bell was born in New York City. Her mother, Robin Bell, owns the design firm Robin Bell Design in New York. Her father is real estate developer Harvey Siegel, who bought the then-closed Virginia International Raceway and converted it to a racetrack country club, and who owned New Jersey Motorsports Park. Bell's father is Jewish and her mother is Protestant. Bell has stated that she was raised in a "comically dysfunctional" family. Bell attended The Chapin School in New York and Westminster School in Simsbury, Connecticut. As a high school junior, Bell attended School Year Abroad (SYA) at its school located in Rennes, France. For part of her teenage years she lived in Vero Beach, Florida and attended Saint Edwards School. She attended Skidmore College in Saratoga Springs, New York, before transferring to Rose Bruford College in London. There she acted in theatrical productions including The Seagull, The Children's Hour, Six Degrees of Separation, Light Shining in Buckinghamshire and The Pentecost.