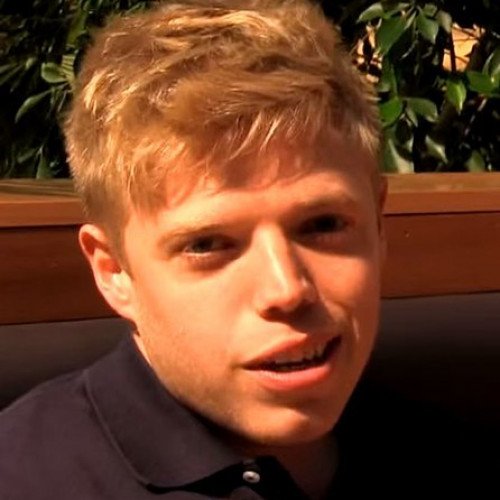 Robert Joseph Anthony Beckett (born 2 January 1986) is an English stand-up comedian and presenter. He was a co-host on the ITV2 spin-off show I'm a Celebrity...Get Me Out of Here! NOW! from 2012 to 2014. Since 2016, Beckett has been a team captain on the E4 panel show 8 Out of 10 Cats and the narrator of the reality series Celebs Go Dating. He presents BBC One entertainment series Wedding Day Winners and All Together Now. Beckett was born in Mottingham, London. He has four brothers. He went to Edgebury Primary School then Coopers School in Chislehurst. He attended Canterbury Christ Church University in Kent from 2004-2007, where he studied Tourism Management. Beckett started performing stand-up in 2009. His performances resulted in coming third in So You Think You're Funny, and winning the Amused Moose Laugh-Off which earned him an invitation to perform at the Adelaide Fringe Festival in Australia. In Adelaide, Beckett was nominated for the best newcomer award in 2011. He made his debut at the Edinburgh Fringe Festival in 2012 with his solo show "Rob Beckett's Summer Holiday". In 2011, Beckett made a guest appearance as Mike in the Channel 4 series Fresh Meat. From 2012 until 2014, Beckett co-hosted I'm a Celebrity...Get Me Out of Here! NOW!, the ITV2 spin-off from the main show. He presented the show with Laura Whitmore and Joe Swash. He announced his departure from the show in October 2015, to concentrate on his tour. He was replaced by David Morgan. Beckett also presented the Rock'N'Roll Football Sunday show on Absolute Radio from August 2014 until 2018. Alongside fellow comedian Ian Smith and former footballer Jimmy Bullard, Beckett hosts UK television channel Dave's comedy-football podcast The Magic Sponge; an irreverent look at the lives of professional footballers. 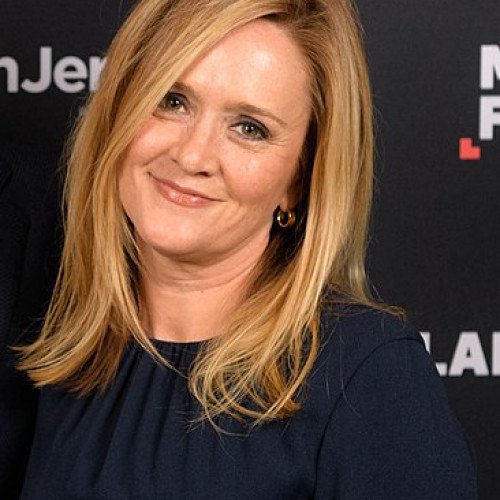 Samantha Anne Bee (born October 25, 1969) is a Canadian-American comedian, writer, producer, political commentator, actress, and television host. Bee rose to fame as a correspondent on The Daily Show with Jon Stewart, where she became the longest-serving regular correspondent. In 2015, she departed the show after 12 years to start her own show, Full Frontal with Samantha Bee. Bee became a US citizen in 2014, while retaining her Canadian citizenship. In 2017, Time named her one of the 100 most influential people in the world on their annual Time 100 list. Bee was born in Toronto, Ontario, the daughter of Debra and Ronald Bee. She has said of her family: "Dating from well before the turn of the 20th century, if there has ever been a successful, happy marriage in my family lineage, I've yet to hear about it." Bee's parents split up soon after her birth, and she was initially raised by her grandmother, who worked as a secretary at the Catholic school Bee attended, on Roncesvalles Avenue during her childhood. She attended Humberside Collegiate Institute and York Memorial Collegiate Institute. After graduating from high school, Bee attended McGill University, where she studied humanities. Dissatisfied with a range of issues at the school, she transferred to the University of Ottawa after her first year. At the University of Ottawa, Bee signed up for a theatre class, thinking it would be easy. The class led to Bee discovering her love of performing. Bee later enrolled in the George Brown Theatre School in Toronto.