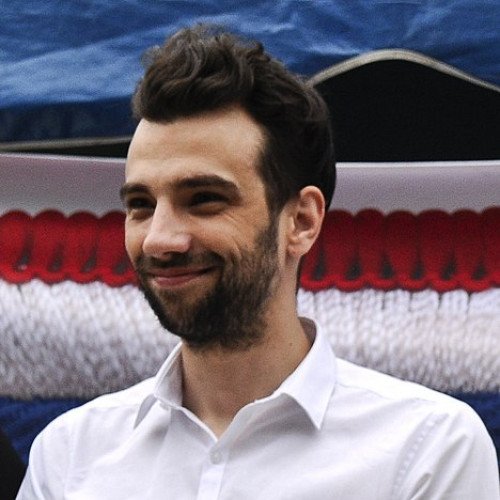 Jonathan Adam Saunders Baruchel (/ˈbæruːʃɛl/; born April 9, 1982) is a Canadian actor, director, stand-up comedian and screenwriter. He is known for his voice role as Hiccup Haddock in the How to Train Your Dragon franchise, and for his roles in comedy movies such as Knocked Up, Tropic Thunder, The Trotsky, Fanboys, She's Out of My League, Goon, This Is the End and the action-fantasy film The Sorcerer's Apprentice. He had lead roles as Josh Greenberg in the FXX comedy television series Man Seeking Woman and Steven Karp in Judd Apatow's comedy series Undeclared. Baruchel was born in Ottawa, Ontario, the son of Robyne (née Ropell), a freelance writer, and Serge Baruchel, an antiques dealer. He grew up in the Notre-Dame-de-Grâce neighbourhood of Montreal, Quebec, and has a younger sister. His paternal grandfather was a Sephardic Jew, while his three other grandparents were from a Catholic background (of French, Irish, and German descent). Baruchel got his first acting job when he was just 12. One of his first major acting roles was on local television series My Hometown in 1996. From 1997 to 1998, he co-hosted Popular Mechanics for Kids with Elisha Cuthbert. After appearing briefly in Cameron Crowe's Oscar winning film Almost Famous, Baruchel won the role of Steven Karp on Judd Apatow's acclaimed yet short-lived television series Undeclared, where he starred alongside Seth Rogen, Carla Gallo, Charlie Hunnam and Monica Keena. He then appeared with James Van Der Beek in Roger Avary's The Rules of Attraction. In 2004, Baruchel played boxing hopeful Danger Barch in Clint Eastwood's Million Dollar Baby. Baruchel then starred in Nemesis Game and Fetching Cody, before appearing opposite Don Johnson on the WB's Just Legal in 2005, and guest-starring on the CBS drama Numb3rs in 2006. Baruchel appeared in the films Knocked Up (which reunited him with Judd Apatow, Jason Segel, and Seth Rogen), I'm Reed Fish, Just Buried, and the Ben Stiller-directed Tropic Thunder, alongside Jack Black, Nick Nolte, Steve Coogan and Robert Downey Jr. He co-starred with Seth Rogen in the 2007 trailer for Jay and Seth versus the Apocalypse, created by Rogen and Evan Goldberg as a strategy to garner interest and funding for a similar, larger-scale project (later made in 2013 as This Is the End). In 2008, he appeared in Nick and Norah's Infinite Playlist. He also made a brief appearance in Night at the Museum 2: Battle of the Smithsonian. 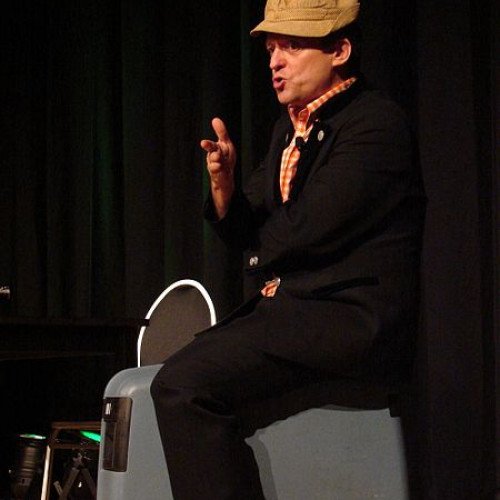 Frank-Markus Barwasser (born 16 February 1960 in Würzburg) is a German political satirist and journalist. On stage, he almost always acts as the character of Erwin Pelzig, wearing a corduroy hat. Barwasser grew up in Würzburg, Lower Franconia, Bavaria. After working for the local newspaper, Main-Post, he studied political science, history and ethnology at the Ludwig Maximilian University of Munich and the University of Salamanca. From 1985, he began his career on stage as a satirist. In 1993, he invented the character of Erwin Pelzig, which has been his most popular character ever since. Until 2013, he was co-host, with colleague Urban Priol, of the satirical ZDF show Neues aus der Anstalt and until 2015 he was host of a talk show for the same channel, "Pelzig hält sich".