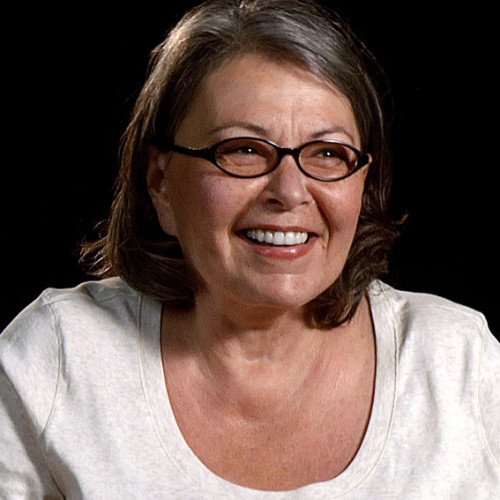 Roseanne Cherrie Barr (born November 3, 1952) is an American actress, comedian, writer, producer, and presidential candidate. Barr began her career in stand-up comedy before gaining acclaim in the television sitcom Roseanne (1988–1997; 2018). She won an Emmy and a Golden Globe Award for Best Actress for her work on the show. Barr became a stand-up comedian in 1980. In the late 1980s and early 1990s, she gained fame through her role in Roseanne and other performances. Barr sparked controversy when performing "The Star-Spangled Banner" at a nationally aired baseball game on July 25, 1990. After singing the anthem in what many perceived to be a deliberately disrespectful manner, Barr grabbed her groin and spat. This performance was met with condemnation from baseball fans and sportswriters, and was called "disgraceful" by then-President George H. W. Bush. Barr has been active and outspoken on political issues. She won nearly 70,000 votes for president in the general election of 2012, as the presidential nominee of the left-wing Peace and Freedom Party. After Donald Trump announced his candidacy for president in 2015, Kelly Weill of The Daily Beast wrote that Barr "veered right" in her politics. After Roseanne was revived, Trump called her to congratulate her on her show's ratings and thank her for her support. She has frequently defended her support of Trump, and has been criticized for making personal attacks and promoting conspiracy theories and fake news. Roseanne was revived in 2018 on ABC. A ratings success, it was renewed for an additional season, but was canceled after Barr made a controversial tweet condemned as racist by many commentators. Barr referred to the tweet as a "bad joke". 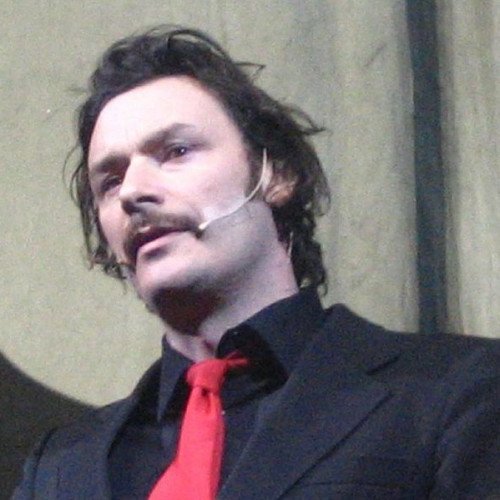 Julian Barratt Pettifer (born 4 May 1968) is an English comedian, actor, musician, and record producer. As a comedian and comic actor, he is known for his use of surreal humour and black comedy. During the 2000s he was part of The Mighty Boosh comedy troupe alongside comedy partner Noel Fielding. Born in Leeds, Barratt was educated at the University of Reading. With Fielding, he established the Mighty Boosh. Together, they produced a 2001 radio series, The Boosh, for BBC Radio London. This was followed by a television series, The Mighty Boosh, comprising three series for BBC 3 from 2004 to 2007. The show generated a cult fan following and won a variety of awards. Alongside Fielding, he has starred in Unnatural Acts, Nathan Barley and Garth Marenghi's Darkplace. Barrett also co-wrote and starred in the 2017 film Mindhorn. He starred in the Channel 4 black comedy-drama sitcom Flowers. Barratt was born Julian Barratt Pettifer on 4 May 1968 in Leeds. He attended the University of Reading. Barratt adopted his middle name as his surname to distinguish himself from reporter Julian Pettifer.