Eric Banadinović, AM (born 9 August 1968), known professionally as Eric Bana (/ˈbænə/), is an Australian actor and comedian. He began his career in the sketch comedy series Full Frontal before gaining notice in the comedy drama The Castle (1997). He achieved further critical recognition for starring in the biographical crime film Chopper (2000). After a decade of roles in Australian TV shows and films, Bana gained Hollywood's attention for his performance in the war film Black Hawk Down (2001), and as the title character in 2003's Hulk. He played Hector in the war epic Troy (2004), and took a leading role in Steven Spielberg's historical thriller Munich (2005). In 2009, he made a comeback as the villain Nero in the science fiction Star Trek, which was a critical and commercial success. Bana continued to work steadily in the 2000s, portraying Lieutenant commander Erik S. Kristensen in Lone Survivor (2013), and playing police sergeant Ralph Sarchie in 2014's horror Deliver Us from Evil. In 2018, Bana played the title role in a true crime miniseries, Dirty John. An accomplished dramatic actor and comedian, Bana is the recipient of several Australian Film Institute awards. In addition to acting, Bana is a motor racing enthusiast, and has participated in various racing competitions in Australia. Bana was appointed Member of the Order of Australia (AM) in the 2019 Birthday Honours for his services to drama. Bana was born in Melbourne, Victoria. His father Ivan was Croatian, born in Zagreb, and worked as a logistics manager for Caterpillar Inc., and his German mother, Eleanor, was a hairdresser, originally from near Mannheim in Germany. He has one older brother, Anthony. Bana was raised in Melbourne's Tullamarine, a suburban area on the northern edge of the city, near Melbourne's international airport, and attended Penleigh and Essendon Grammar School. He has stated: "I have always been proud of my origin, which had a big influence on my upbringing. I have always been in the company of people of European origin". Showing acting skill early in life, Bana began doing impressions of family members at the age of six or seven, first mimicking his grandfather's walk, voice and mannerisms. In school, he mimicked his teachers as a means to get out of trouble. As a teen, he watched the Mel Gibson film Mad Max (1979), and decided he wanted to become an actor. However, he did not seriously consider a career in the performing arts until 1991 when he was persuaded to try comedy while working as a barman at Melbourne's Castle Hotel. His stand-up gigs in inner-city pubs did not provide him with enough income to support himself, however, so he continued his work as a barman and waiting on tables. 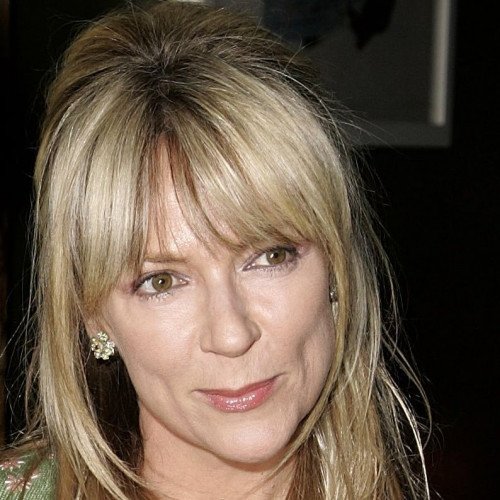 Tamsin Morwenna Banks (born 20 September 1961) is a British comedy actress, writer and producer. She appeared in the Channel 4 comedy sketch show Absolutely, and wrote, produced, and appeared in the British ensemble film The Announcement. She voices Mummy Pig, Madame Gazelle and Dr Hamster in the children's series Peppa Pig. On Craig of the Creek, she voices Craig’s mother Nicole in UK dub. Banks attended Truro High School for Girls and Robinson College, Cambridge and was a member of the Cambridge Footlights from 1981 to 1983. She also acted with the Marlowe Society, such as in a brief comic cameo as the Widow in Ben Jonson's The Alchemist, alongside Tilda Swinton.