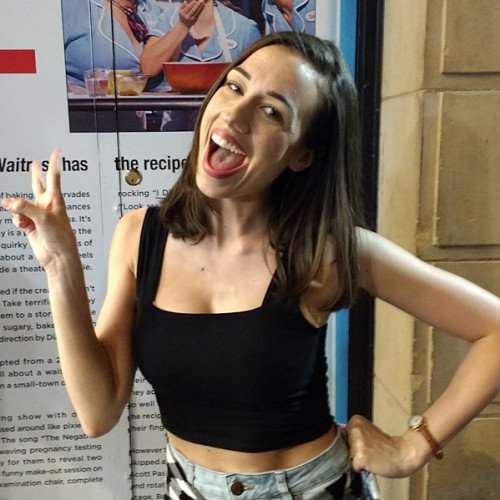 Colleen Mae Ballinger (born November 21, 1986) is an American YouTuber, comedian, actress, singer and writer. She is best known for her Internet character Miranda Sings, posting videos of the character on YouTube, performing her one-woman comedy act on tour in theatres worldwide, and creating and starring in a Netflix original series titled Haters Back Off (2016–2017) about the character and her backstory. Ballinger created the comically talentless, egotistical and eccentric character to satirize the many YouTube videos featuring people singing badly in hopes of breaking into show business, but who appear unaware of their lack of talent. In her videos and stage act, the narcissistic character sings and dances badly, discusses current events that she misunderstands, gives inept "tutorials", collaborates with other YouTubers, and rants about her critics, whom she calls the "haters". Ballinger also features comedy and lifestyle videos on her personal YouTube channel and a vlog channel, Colleen Vlogs. Her YouTube channels, combined, have surpassed 4 billion total views. The Miranda Sings channel has more than 10 million subscribers, and the character has more than 10 million TikTok followers and 6 million Instagram followers. Ballinger won a Teen Choice Award for "Web Star: Comedy" and a Streamy Award as Best Actress. The Hollywood Reporter selected her as one of its Top 25 Digital Stars, and she was ranked No. 5 on Forbes magazine's 2017 list of top entertainment influencers. Ballinger has appeared as an actress and singer in theatre, on television, in recordings, and web series. She appeared in the web series Escape the Night (2018–2019), played Dawn in the Broadway musical Waitress (2019), guest-starred as Miranda Sings on Comedians in Cars Getting Coffee with Jerry Seinfeld (2014), and has appeared three times on The Tonight Show (2016–2017), among other talk shows. Ballinger has also published two best-selling books, written in Miranda's voice, Selp-Helf (2015) and My Diarrhe (2018). She is married to actor Erik Stocklin. 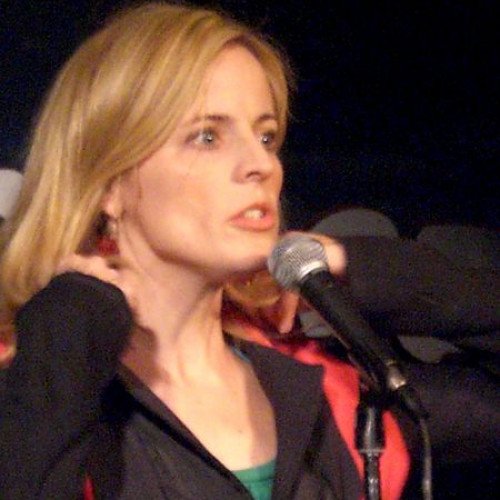 Maria Bamford (born September 3, 1970) is an American actress and stand-up comedian. She is best known for her portrayal of her dysfunctional family and self-deprecating comedy involving jokes about depression and anxiety. Her first comedy album and tour was The Burning Bridges Tour (2003), followed by eight more albums and specials to date. She appeared in one of her first feature films, Lucky Numbers (2000), before lending her voice to characters on many different animated shows, including Shriek on CatDog, and many more characters on American Dad!, Ugly Americans, Adventure Time, and BoJack Horseman. Bamford's film work includes Stuart Little 2 (2002), Charlotte's Web 2: Wilbur's Great Adventure (2003), Barnyard (2006), Heckler (2007), and Hell and Back (2015). She voices Talking Ginger and Talking Becca in the Talking Tom and Friends web series. She transitioned into television by appearing in Louie (2012), Arrested Development (2013–2019), and WordGirl (2007–2015). In 2014, she won the American Comedy Award for Best Club Comic. Her life story is the subject of the 2016 Netflix original series Lady Dynamite, in which she plays the lead role, and she voiced Tito, the Anxiety Mosquito in Big Mouth. Her work has drawn critical acclaim as well as controversy as her subjects span from lighter to darker topics such as suicide and psychiatric conditions. Maria Bamford was born on September 3, 1970 at the Port Hueneme Naval Base in Port Hueneme, California. At the time, her father, Joel Bamford, was serving as a Navy doctor. She grew up in Duluth, Minnesota, where she attended Chester Park Elementary and Duluth Marshall School. Bamford has stated that when she was younger she was often troubled with her anxiety, depression, and bouts of what she has called "Unwanted Thoughts Syndrome", a subset of obsessive–compulsive disorder. Upon graduating high school, she attended Bates College in Lewiston, Maine, but in 1992, Bamford transferred to the University of Edinburgh in Scotland at the start of her junior year. While at the university she became the first female member of the college's improvised comedy group, The Improverts. After a year in Scotland, she transferred back to her home state and enrolled at the University of Minnesota, where she earned a Bachelor of Arts degree in English. She started doing stand-up in Minneapolis, Minnesota at age 19, at Stevie Ray's Comedy Cabaret.