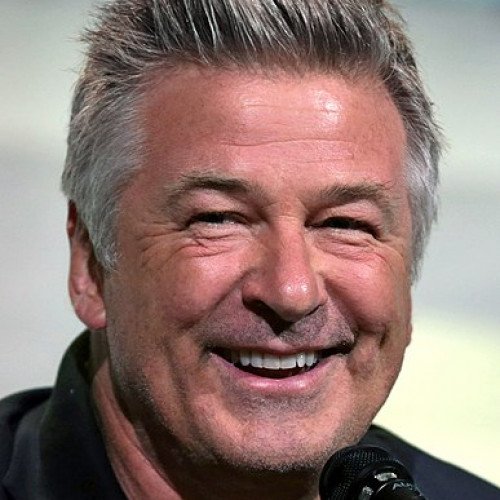 Alexander Rae Baldwin III (born April 3, 1958) is an American actor, writer, producer, comedian, and political activist. He is the eldest of the four actor brothers in the Baldwin family. Baldwin first gained recognition appearing on the sixth and seventh seasons of the CBS primetime soap opera Knots Landing. In his early career he then played both leading and supporting roles in a variety of films such as Tim Burton's Beetlejuice (1988), Mike Nichols' Working Girl (1988), Jonathan Demme's Married to the Mob (1988), and Oliver Stone's Talk Radio (1988). He gained attention for his performances as Jack Ryan in The Hunt for Red October (1990) and in Glengarry Glen Ross (1992). Since then he has worked with directors such as Woody Allen in Alice (1990), To Rome with Love (2012) and Blue Jasmine (2013), and Martin Scorsese in The Aviator (2004) and The Departed (2006). His performance in the drama The Cooler (2003) garnered him a nomination for the Academy Award for Best Supporting Actor. He has done voice work for The SpongeBob Squarepants Movie (2004), Madagascar: Escape 2 Africa (2008), Rise of the Guardians (2012), and The Boss Baby (2017). From 2006 to 2013, Baldwin gained critical acclaim starring alongside Tina Fey as Jack Donaghy on the NBC sitcom 30 Rock, winning two Primetime Emmy Awards, three Golden Globe Awards, and seven Screen Actors Guild Awards for his work on the series, making him the male performer with the most SAG Awards in history. On stage, he portrayed Stanley Kowalski in the 1992 Broadway production of A Streetcar Named Desire and the title character in a 1998 Off-Broadway production of Macbeth, the former earning him a Tony Award nomination. Baldwin co-starred in Mission: Impossible – Rogue Nation (2015) and Mission: Impossible – Fallout (2018), the fifth and sixth installments of the Mission: Impossible series. He is also a columnist for The Huffington Post. Since 2016, he has been the host of Match Game. Baldwin has received critical acclaim for his portrayal of Donald Trump on the long-running sketch series Saturday Night Live, both during the latter part of the 2016 U.S. presidential election campaign and following the inauguration, a role that won him his third Primetime Emmy in 2017. He was nominated again in 2018. 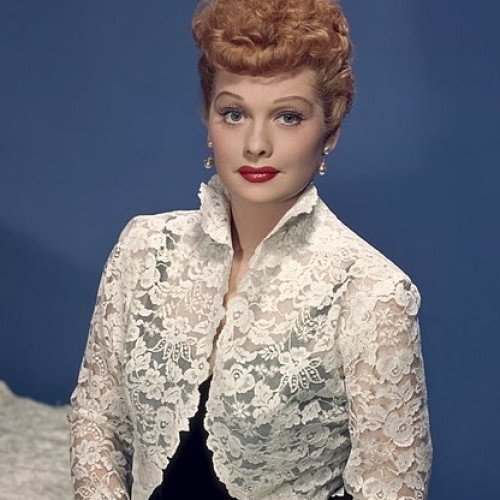 Lucille Désirée Ball (August 6, 1911 – April 26, 1989) was an American actress, comedian, model, studio executive, and producer. As one of Hollywood’s greatest icons, and arguably the most iconic female entertainer of all time, she was the star and producer of sitcoms I Love Lucy, The Lucy Show, Here's Lucy, as well as comedy television specials aired under the title The Lucy-Desi Comedy Hour. She was also the first female head of a major Hollywood studio, Desilu Productions, which she also owned. Ball's career began in 1929 when she landed work as a model. Shortly thereafter, she began her performing career on Broadway using the stage name Diane (or Dianne) Belmont. She later appeared in several minor film roles in the 1930s and 1940s as a contract player for RKO Radio Pictures, being cast as a chorus girl or in similar roles. During this time, she met Cuban bandleader Desi Arnaz, and the two eloped in November 1940. In the 1950s, Ball ventured into television. In 1951, she and Arnaz created the sitcom I Love Lucy, a series that became one of the most beloved programs in television history. The same year, Ball gave birth to their first child, Lucie Arnaz, followed by Desi Arnaz Jr. in 1953. Ball and Arnaz divorced in May 1960, and she married comedian Gary Morton in 1961. Following the end of I Love Lucy, Ball produced and starred in the Broadway musical Wildcat from 1960 to 1961. The show received lukewarm reviews and had to be closed when Ball became ill for several weeks. After Wildcat, Ball reunited with I Love Lucy co-star Vivian Vance for The Lucy Show, which Vance left in 1965. The show continued, with Ball's longtime friend and series regular Gale Gordon, until 1968. Ball immediately began appearing in a new series, Here's Lucy, with Gordon, frequent show guest Mary Jane Croft, and Lucie and Desi Jr.; this program ran until 1974. In 1962, Ball became the first woman to run a major television studio, Desilu Productions, which produced many popular television series, including Mission: Impossible and Star Trek. Ball did not retire from acting completely, and in 1985, she took on a dramatic role in the television film Stone Pillow. The next year she starred in Life with Lucy, which was, unlike her other sitcoms, not well-received; the show was cancelled after three months. She appeared in film and television roles for the rest of her career until her death in April 1989 from an abdominal aortic aneurysm at the age of 77. Ball was nominated for 13 Primetime Emmy Awards, winning four times. In 1960, she received two stars for her work in film and television on the Hollywood Walk of Fame. In 1977, Ball was among the first recipients of the Women in Film Crystal Award. She was also the recipient of the Golden Globe Cecil B. DeMille Award in 1979, was inducted into the Television Hall of Fame in 1984, received the Lifetime Achievement Award from the Kennedy Center Honors in 1986, and the Governors Award from the Academy of Television Arts & Sciences in 1989.