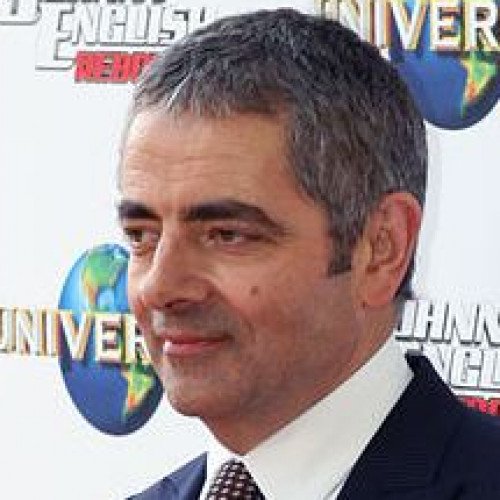 Rowan Sebastian Atkinson CBE (born 6 January 1955) is an English actor, comedian, and writer. He is best known for his work on the sitcoms Blackadder (1983–1989) and Mr. Bean (1990–1995). Atkinson first came to prominence in the BBC sketch comedy show Not the Nine O'Clock News (1979–1982), receiving the 1981 BAFTA for Best Entertainment Performance, and via his participation in The Secret Policeman's Ball (1979). His other work includes the James Bond film Never Say Never Again (1983), playing a bumbling vicar in Four Weddings and a Funeral (1994), voicing the red-billed hornbill Zazu in The Lion King (1994), and playing jewellery salesman Rufus in Love Actually (2003). Atkinson also featured in the BBC sitcom The Thin Blue Line (1995–1996). His work in theatre includes the role of Fagin in the 2009 West End revival of the musical Oliver!. Atkinson was listed in The Observer as one of the 50 funniest actors in British comedy in 2007, and among the top 50 comedians ever, in a 2005 poll of fellow comedians. Throughout his career, he has collaborated with screenwriter Richard Curtis and composer Howard Goodall, both of whom he met at the Oxford University Dramatic Society during the 1970s. In addition to his 1981 BAFTA, Atkinson received an Olivier Award for his 1981 West End theatre performance in Rowan Atkinson in Revue. He has had cinematic success with his performances in the Mr. Bean film adaptations Bean (1997) and Mr. Bean's Holiday (2007), and also in the Johnny English film series (2003–2018). He also appeared as the titular character in Maigret (2016–2017). Atkinson was appointed a CBE in the 2013 Birthday Honours for services to drama and charity. 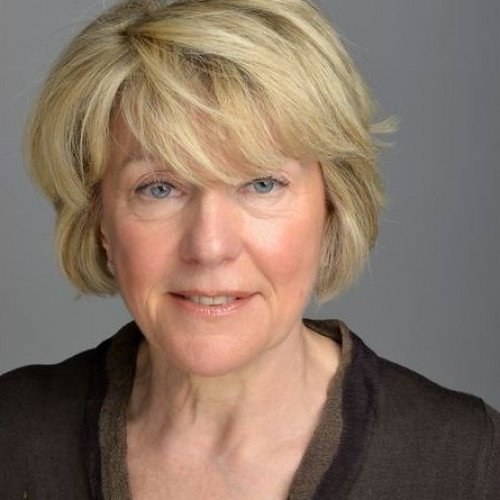 Helen Atkinson-Wood (born 14 March 1955) is an English actress and comedian born in Cheadle Hulme, Cheshire. She studied fine art at the Ruskin School, Oxford University, where she performed with Rowan Atkinson (no relation). She also performed at the Edinburgh Festival Fringe, where she met Ben Elton. Whilst at Oxford, she took part in an OUDS production of Richard II. Also in this production was Tim McInnerny, who played the lead. She later appeared together with McInnerny in an episode of Blackadder the Third. Atkinson-Wood was a regular presenter of Central Television's controversial O.T.T. and had a small role in the 1984 Young Ones episode "Nasty". She is known for her role as Mrs Miggins in Blackadder the Third (co-written by Ben Elton and Richard Curtis). She was the only regular female cast member on the radio comedy programme Radio Active, where she played Anna Daptor and other roles, and also participated in the programme's televisual equivalent, KYTV. She also appeared in the final episode of Joking Apart as a morning television presenter. In 2007, she guest-starred in the Doctor Who audio play I.D.. She played the role of Sybil Ramkin in a BBC radio adaptation of Guards! Guards! by Terry Pratchett. Atkinson-Wood has been a regular presenter for the Channel 4 series Collector's Lot and has made guest appearances on programmes such as Call My Bluff. She was a guest in episode 9 of the C series of QI, when she answered a question deemed almost impossible by host Stephen Fry by correctly naming a chemical reaction equation as an explosion of custard powder, earning 200 points. This was because, she claimed, she had studied domestic science at school. Through answering this single question, she holds the highest cumulative total of any QI panellist. Craig Ferguson wrote in his book American on Purpose that he and Atkinson-Wood were in a romantic relationship that lasted five years. He acknowledges that she changed his life "beyond recognition" by improving his health and his career.