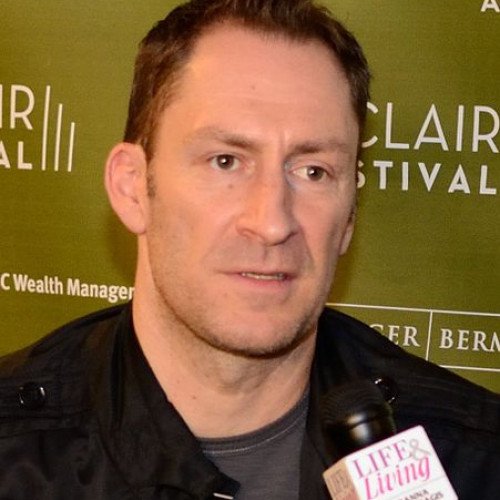 Benjamin Ray Bailey (born October 30, 1970) is an American comedian and a licensed taxi cab driver. He is best known for hosting the Emmy Award-winning game show Cash Cab in New York City. Bailey was born in Bowling Green, Kentucky, and raised in Chatham Borough, New Jersey. He was born the younger of two siblings. He attended Old Dominion University in Norfolk, Virginia, before moving to Los Angeles in 1993. Standing at 6 feet 6 inches (198 cm), he was offered a job as a bouncer for The Comedy Store after bumming a cigarette from a man in the parking lot. According to Bailey, he was telling stories with some comedians after hours at The Comedy Store when Skip E. Lowe, who was emceeing at the club, found his stories humorous and offered him an opportunity at stand-up. Bailey is the host of the American version of Cash Cab, a TV game show played in a taxicab that Bailey drives around New York City, broadcast on the Discovery Channel and Bravo (American TV network). He also recently made an appearance on the new Shovio.com's TalkBackTV. He narrated the Discovery Channel's series Smash Lab. From 2011 to 2012, Bailey was the host of Who's Still Standing? on NBC. On May 13, 2012, it was announced that the show would not be renewed for a second season due to high production costs. He does television commercials for Michigan electric/natural gas company DTE Energy and ALDI. 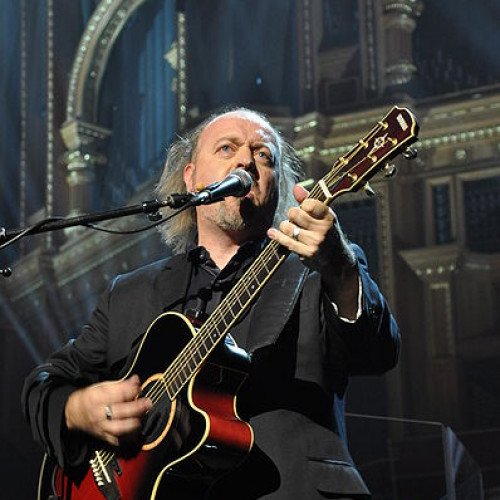 Mark Robert Bailey (born 13 January 1965), known by his stage name Bill Bailey, is an English comedian, actor and musician. Bailey is known for his role as Manny in the British sitcom Black Books and for his appearances on the British panel shows Never Mind the Buzzcocks, Have I Got News for You and QI, as well as for his stand-up comedy work. He plays a variety of musical instruments and incorporates music into his performances. In 2020, Bailey won the eighteenth series of the televised dancing competition Strictly Come Dancing with his professional partner Oti Mabuse. At 55, he was the oldest winner in the show's history. Bailey was listed by The Observer as one of the 50 funniest acts in British comedy in 2003. In 2007, and again in 2010, he was voted the seventh greatest stand-up comic on Channel 4's 100 Greatest Stand-Ups. Bailey was born in Bath, Somerset. Until 2018, when he revealed the correct date, Bailey's birthday was wrongly recorded by the media as 24 February. He spent most of his childhood in Keynsham, a town situated between Bath and Bristol in the West of England. His father was a medical practitioner and his mother a hospital ward sister. His maternal grandparents lived in an annexe, built on the side of the house by his maternal grandfather who was a stonemason and builder. Two rooms at the front of the family house were for his father's surgery. Bailey was educated at King Edward's School, an independent school in Bath, where he was initially a highly academic pupil winning most of the prizes. At about the age of 15, he started to become distracted from school work when he realised the thrill of performance as a member of a school band called Behind Closed Doors, which played mostly original work. He is a classically trained musician and was the only pupil at his school to study A-level music, which he passed with an A grade. He also states he was good at sport (captain of KES 2nd XI cricket team 1982), which often surprised his teachers. He would often combine music and sport by leading the singing on the long coach trip back from away rugby fixtures. It was here that he was given his nickname Bill by his music teacher, Lynda Phipps, for being able to play the song "Won't You Come Home Bill Bailey" so well on the guitar. He started studies for an English degree at Westfield College of the University of London but left after a year. He received an Associate Diploma from the London College of Music. He was also made an honorary member of the Society of Crematorium Organists. He performed with a boy band "The Famous Five". Acting roles included a part in a Workers' Revolutionary Party stage production called The Printers, which also featured Vanessa Redgrave and Frances de la Tour.