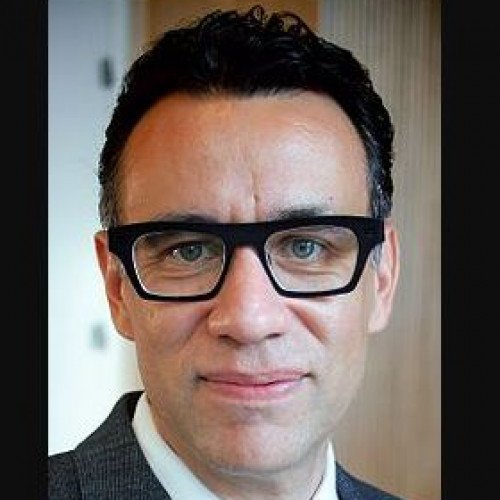 Fereydun Robert "Fred" Armisen (born December 4, 1966) is an American actor, comedian, writer, producer, and musician. He is best known as a cast member on Saturday Night Live from 2002 until 2013. Armisen has portrayed characters in comedy films, including EuroTrip, Anchorman, and Cop Out. With his comedy partner Carrie Brownstein, Armisen was the co-creator and co-star of the IFC sketch comedy series Portlandia. Armisen founded ThunderAnt.com, a website that features the comedy sketches created with Brownstein, and is the bandleader and frequent drummer for the Late Night with Seth Meyers house band, The 8G Band. For his work on Portlandia, Armisen was nominated for an Emmy Award for Outstanding Writing for a Variety Series in 2012, 2013 and 2014 and for Outstanding Supporting Actor in a Comedy Series in 2014. He received a Grammy Award nomination for Best Comedy Album for Standup for Drummers in 2019. He has also won two Peabody Awards, one in 2008 as part of the Saturday Night Live political satire cast and one in 2011 for Portlandia. Since 2019, he co-stars and acts as writer and executive producer on the Spanish-language series Los Espookys, which he co-created. Armisen was born on December 4, 1966, in Hattiesburg, Mississippi. He moved with his family to New York as a baby and briefly lived in Brazil in his youth. He was raised in Valley Stream, New York, where he was a high school classmate of fellow SNL alumnus Jim Breuer. Armisen attended the School of Visual Arts in Manhattan before dropping out to begin a career as a rock drummer. He has mentioned watching the bands The Clash and Devo perform on television and wanting to be a performer since he was a child. 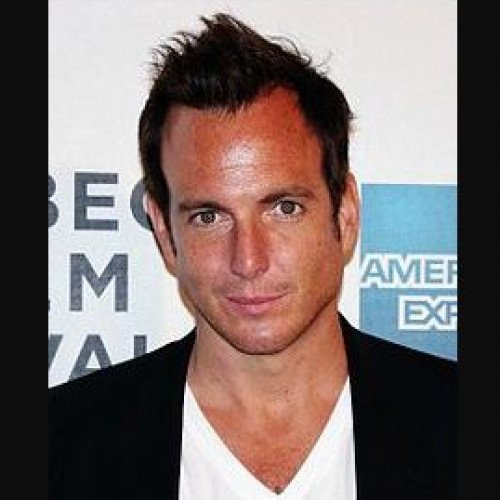 William Emerson Arnett (/ɑːrˈnɛt/; born May 4, 1970) is a Canadian actor, comedian and producer. He is best known for his roles as Gob Bluth in the Fox/Netflix series Arrested Development (2003–2006, 2013, 2018–2019), receiving a nomination for Primetime Emmy Award for Outstanding Supporting Actor in a Comedy Series, and as BoJack Horseman in the Netflix series of the same name. He has appeared in films such as Blades of Glory (2007), Hot Rod (2007), When in Rome (2010), Teenage Mutant Ninja Turtles (2014), and Teenage Mutant Ninja Turtles: Out of the Shadows (2016). His performance as Devon Banks in 30 Rock earned him four Primetime Emmy Award for Outstanding Guest Actor in a Comedy Series nominations. His deep, smooth baritone voice has landed him prolific roles within animation, including Ice Age: The Meltdown (2006), Ratatouille (2007), Horton Hears a Who! (2008), Monsters vs. Aliens (2009), Despicable Me (2010), The Nut Job (2014), and as Batman in the Lego Movie franchise. He also served as an executive producer and voices the titular character of the Netflix series BoJack Horseman (2014–2020), for which he won an Annie Award at the 46th Annie Awards. His involvement with The LEGO Group continues as Fox Network announced him as the host of their show LEGO Masters, which premiered on February 5, 2020. Arnett was born in Toronto, Ontario, the son of Edith Alexandra "Alix" (Palk) and Emerson James "Jim" Arnett, who was a corporate lawyer and brewer, among other occupations. His parents were originally from Winnipeg, Manitoba, and he has roots on both sides of his family in Manitoba going back many generations. Arnett has two older sisters and a younger brother. His father, a graduate of Harvard University and a corporate lawyer, served as the president and CEO of Molson Breweries from 1997 to 2000.