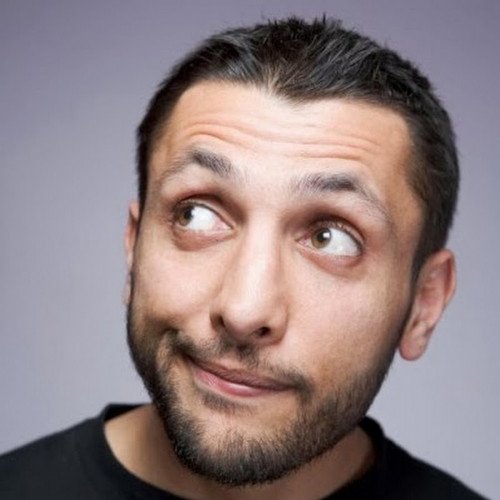 Ali Ardekani (Persian: علی اردکانی‎; born October 11, 1974), best known by his stage name Baba Ali (Persian: بابا علی‎), is an Iranian-born American comedian, games developer, businessman and actor. Although born into a Persian family, Ardekani was raised in a secular irreligious household in Los Angeles, California. From the age of 18, he studied many religions, including Wicca. At the age of 20, Ardekani converted to Islam after attending an Islamic camp. He belonged to a wealthy family who did not accept it when he converted and subsequently disinherited him. A worker in the IT field by profession in California, Ardekani (along with Mahdi Ahmad) co-founded Ummah Films, a Muslim film company which attempts to provide Halal (Islamically permissible) entertainment to Muslims and non-Muslims alike. In 2006, Ardekani rose to prominence within the online Muslim community with Ummah Films, which discusses various Islamic topics using humor. The company has produced several web series, including The Reminder Series and Ask Baba Ali. Ardekani has appeared on the Islam Channel and he has become a frequent guest at various Muslim conferences and events including the ICNA-MAS convention, Evening of Inspiration, the Global Peace and Unity Event and MuslimFest. Ardekani has also designed two board games. In 2005, he designed Mecca to Medina, a board game about trading and negotiating with an Islamic-theme that can be played by all religions. Seven people invested $18,000 and made a 24% profit. In 2010, he designed Kalimaat, a word game in the same genre as Taboo, about common knowledge and memory. In 2011, Ardekani founded Muslim matrimonial website, Half Our Deen. Ardekani has traveled the world doing stand-up to a wide range of Muslim and non-Muslim audiences. He has done over 400 events and has performed all over the world including the United States, United Kingdom and Canada for audiences as large as 40,000. His work has been reviewed in The New York Times, USA Today and Los Angeles Times as well as featuring in seven episodes of DirecTV's The Fizz News. In 2015, he starred alongside Omar Regan in the comedy film American Sharia. 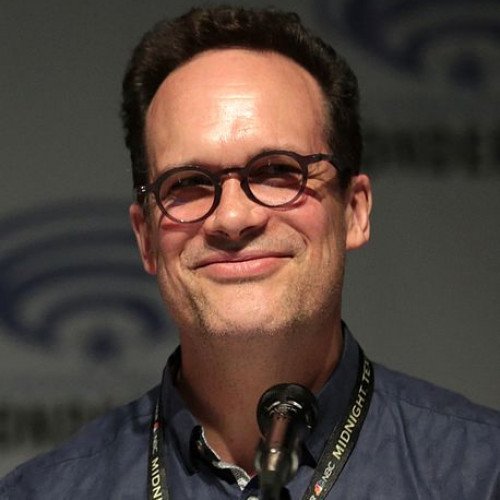 Karl Diedrich Bader (born December 24, 1966) is an American film, television and voice actor. He has appeared as a series regular in television sitcoms The Drew Carey Show, American Housewife, and Outsourced, along with notable recurring roles in Better Things and Veep. His film credits include The Beverly Hillbillies, Office Space, EuroTrip and Napoleon Dynamite. He is also an accomplished voice actor for multiple animated series; some of his roles include Bruce Wayne / Batman on Batman: The Brave and the Bold, Harley Quinn, and JLA Adventures: Trapped in Time, and Judah Mannowdog in Bojack Horseman. His other voice roles include the android Zeta in The Zeta Project, Warp Darkmatter/Agent Z in Buzz Lightyear of Star Command, the Fiskerton Phantom in The Secret Saturdays and his recurring role as Hoss Delgado in The Grim Adventures of Billy & Mandy. Karl Diedrich Bader was born in Alexandria, Virginia, on Christmas Eve, 1966, the son of Gretta Bader (née Margaret Marie Lange; 1931–2014), a sculptor, and William B. Bader (1931–2016), a foundation executive and political activist. His patrilineal great-grandfather was Edward Lawrence Bader, who was mayor of Atlantic City, New Jersey. When Bader was two years old, his family moved to Paris, but he returned to the U.S. to attend Groveton High School. He graduated from T.C. Williams High School in Alexandria, Virginia, and attended college at the University of North Carolina School of the Arts.