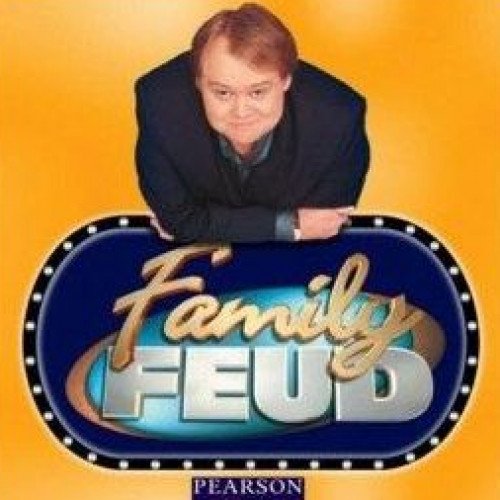 Louis Perry Anderson (born March 24, 1953) is an American stand-up comedian, actor, author and game show host. Anderson created the cartoon series Life with Louie and has written four books, including Hey Mom: Stories for My Mother, But You Can Read Them Too, which was published in 2018. He was the initial host of the third revival of the game show Family Feud from 1999 to 2002. For his performance on the FX comedy television series Baskets, Anderson received three consecutive Primetime Emmy Award for Outstanding Supporting Actor in a Comedy Series nominations and won once in 2016. Anderson performed a stand-up show called Louie: Larger Than Life in Las Vegas, Nevada from 2003 through 2012. The show originated at the Union Plaza hotel downtown, before moving to Excalibur, South Point, and Palace Station hotels. Anderson was born and raised in Saint Paul, Minnesota, the son of Ora Sherman (née Prouty) and Andy Andrew Mortimer Anderson. Anderson is the second youngest of 11 children in his family. In a 2016 interview on WTF with Marc Maron, Anderson revealed that his mother actually gave birth to 16 children, but five of them—the first baby and then two sets of twins—died in childbirth. Anderson has described his father as "abusive." Anderson went to Johnson Senior High in Saint Paul. 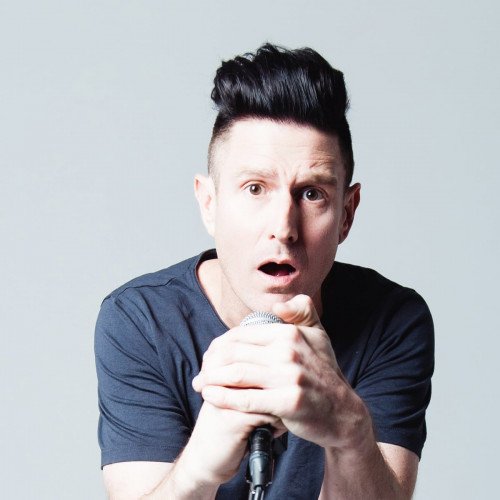 William James Anderson (born 31 January 1974) is an Australian comedian, writer, presenter, and podcaster. William James Anderson was born on 31 January 1974 in Sale, Victoria, and grew up on a dairy farm near Heyfield, Victoria. He attended Gippsland Grammar School in Sale, and later studied newspaper journalism at the University of Canberra, graduating top of his class in 1995. He is the cousin of former AFL footballer Stuart Anderson. Anderson has appeared on Good News Week, Under Melbourne Tonight, What's Goin' On There?, The Project, and Have You Been Paying Attention? From 2000 to 2004, Anderson co-hosted the triple j breakfast radio show with Adam Spencer. Between 2001 and 2006, Anderson hosted the comedy talk-show The Glass House, broadcast on ABC, alongside Corinne Grant and Dave Hughes. In November 2006, the show was cancelled amid media speculation that the cancellation was made due to pressure from the Howard Government. Howard responded with, "I do not tell the ABC what programmes it should run. I respect the independence of the ABC." In 2007, Anderson was nominated for the "Most Popular Presenter" award at the Logies for his role on the show. Anderson was the subject of controversy after he made jokes about the late father of Australian Idol finalist Shannon Noll at the 2006 Melbourne International Comedy Festival. From April 2007 to November 2008, Anderson joined with Lehmo to host Wil & Lehmo, an afternoon drive-time radio program on Triple M. He also replaced Mick Molloy as co-host of the station's Hot Breakfast early morning show alongside Luke Darcy and Eddie McGuire in 2018, leaving the show at the end of 2019. In May 2008, Anderson became the executive producer and host of The Gruen Transfer, a panel talk show about advertising televised on ABC. The show debuted with a record-breaking audience of 1.287 million viewers, the highest-rating debut entertainment program in the history of the ABC.